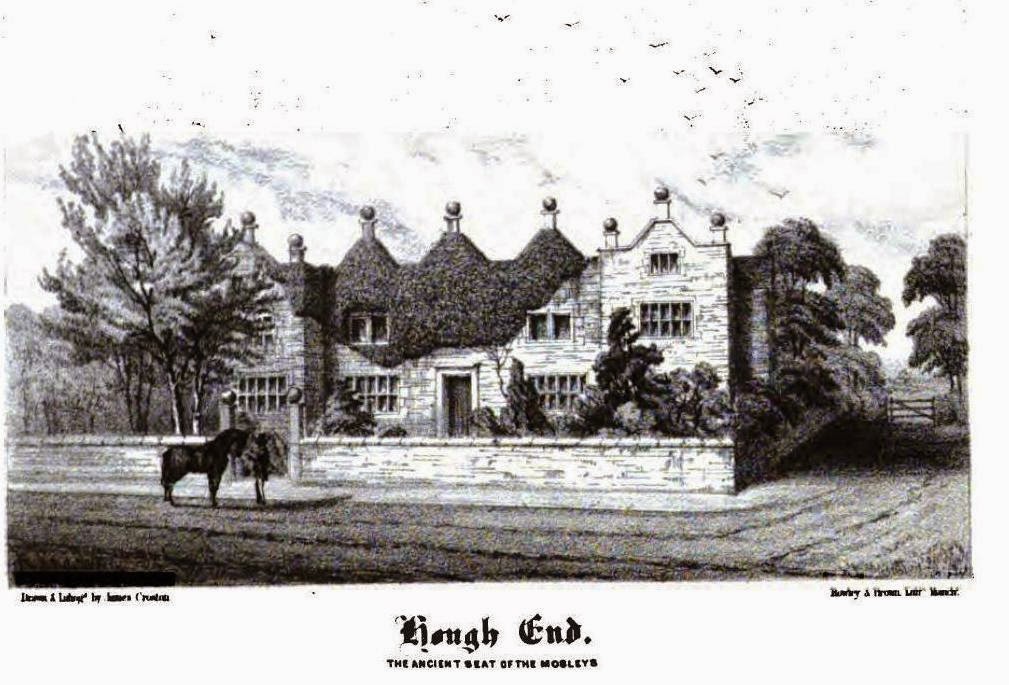 I rather think this may be one of the oldest pictures of Hough End Hall.

It dates from 1850 and is attributed to James Croston and appeared in A History of the Chapels of Didsbury & Chorlton by Rev John Booker which was published in 1857 by the Cheetham Society.*

The book is more than a history of the chapels of our part of south Manchester and contains  detailed descriptions of both Hough End Hall and Barlow Hall.

Mr Booker covers the origins of both the Barlow and Mosley families with vivid accounts of what both buildings looked like in 1857.

But for me far more interesting is an even earlier account of the Mosley family written in 1849 and “Printed for Private Circulation.”

My copy languished quietly on the shelves in the University of California and goes into great detail about the family with the added bonus of some even earlier pictures.

As you would expect I read it in one sitting and it fills in many of the gaps in the early history of the hall which in turn will appear in the book on Hough End Hall which I am writing in collaboration with local artist Peter Topping.

And that however is as they say will be revealed at a later stage.

Picture; Hough End Hall by James Croston, 1850 from A History of the Chapels of Didsbury & Chorlton