An occasional series on what I miss about the place where I grew up.* 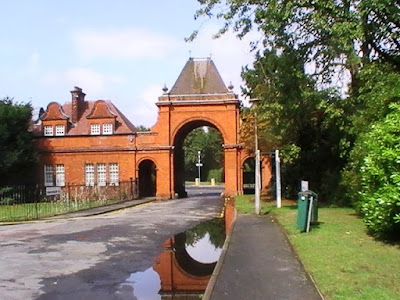 Now when you are 17 and out on that second date and still unsure of what comes next Avery Hill was always a good bet.

The Saturday night had been the pictures and without wanting to push it out too far and mindful that at 17 you didn’t have a lot of cash this was the place to come, check out whether the night before had been a good idea and whether either of you wanted it to go any further.

I remember plenty of such Sunday afternoons and two in particular with girl friends who lived in the lodge at Crown Woods which I fully admit was not pushing the boat out.

Later a full seven years after I first discovered the place I went back with Kay.

We had met in Manchester in 1971, started going out and in the following year spent part of the long summer at 294 Well Hall and later in the North East.

And when we weren’t exploring the centre of London or down at the Park in Greenwich, Avery Hill was somewhere to walk to on a Sunday.

It began with the Pleasaunce and then that long haul through the High Street and down the other side always with a curious look across at Crown Woods.

Not I suppose the most momentous memory but one that stays with me even now.

Pictures; Avery Hill, 2013, from the collection of Jean Gammons

Email ThisBlogThis!Share to TwitterShare to FacebookShare to Pinterest
Labels: Avery Hill, Eltham, Eltham in the 1970s