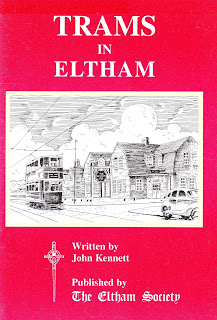 Trams and I mean those old stately early 20th century trams have a fascination for me.

Sadly I am too young to remember them although it is just possible my father took me to see the last one clattering into the New Cross depot in the summer of 1952.

But I would only have been three so if I was there I have no memory of the event.

All of which is why Mr Kennett’s book on the Trams in Eltham is such a wonderful read.

“For forty-two years from 1910 to 1952 Eltham residents had the benefit of travel by electric tram which was part of a transport revolution that hastened the creation of the London suburbs already given an impetus in the nineteenth century by the coming of the railways.

The first route to Eltham linked the village with Woolwich and following the First World War direct journeys by tram could be made to Lee, Lewisham and London.” 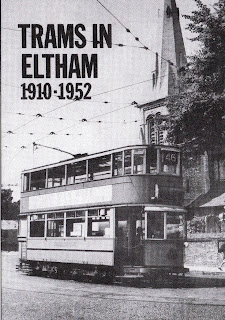 Now I am hoping that the Eltham Society and Mr Kennett will give me permission to quote from the book and use more pictures in future blogs about Trams in Eltham.

None of which should stop people buying the book itself which costs £4 to members and £5 for non members, plus £1.50 for post and packaging.*

For this you will get an extensive description of the history of trams in Eltham, plenty of memories of travelling by tram and lots of wonderful pictures many of which I have never seen before.