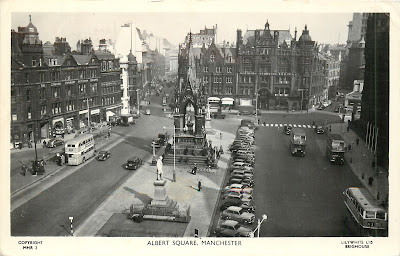 I am back with that theme of popular Manchester places before the car was banished.

The postmark on the back gives a date of May 1963, but it will be a little earlier, and will not have changed much at the end of that decade.

In 1969 the traffic still swirled past Albert on his island and the front of the town Hall was still a place to park your car. 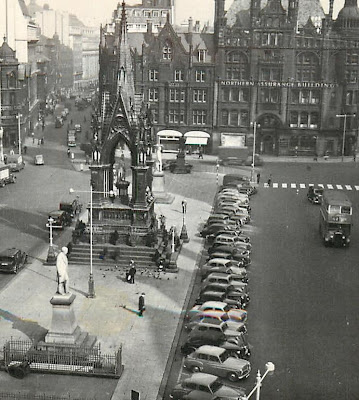 Now I could delve deep into the history of the buildings surrounding the square but I won’t, instead I shall just leave you with that thought that like St Ann’s Square, King Street and now the area in front of the Cathedral there was a time when many of our public places were still shared with the car.

Email ThisBlogThis!Share to TwitterShare to FacebookShare to Pinterest
Labels: Albert Square, Manchester in the 1960s