The memorial to the Partisan

We are all familiar with war memorials which commemorate the many. 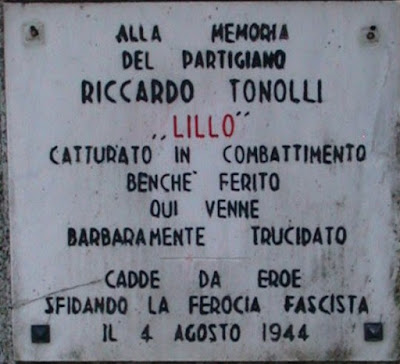 Usually they date from the Great War with a smaller panel for those who fought in later wars.

But here is one with a difference.

It is one man, who was not in uniform but still served his country heroically.

The memorial is a simple affair and stands beside the shore of one of the lakes in Italy.

We came across it by accident last week.

He was an Italian partisan executed by the Fascists on August 4 1944. 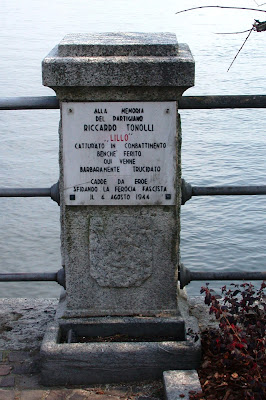 It is a simple memorial to a brave man, who gave his life in defence of Italy, and freedom and while it is small and unadorned is a powerful reminder of the sacrifice made by one man.

Email ThisBlogThis!Share to TwitterShare to FacebookShare to Pinterest
Labels: Italy, Italy in the 1940s, War Memorials