What we have lost ....... inside the Corn Exchange 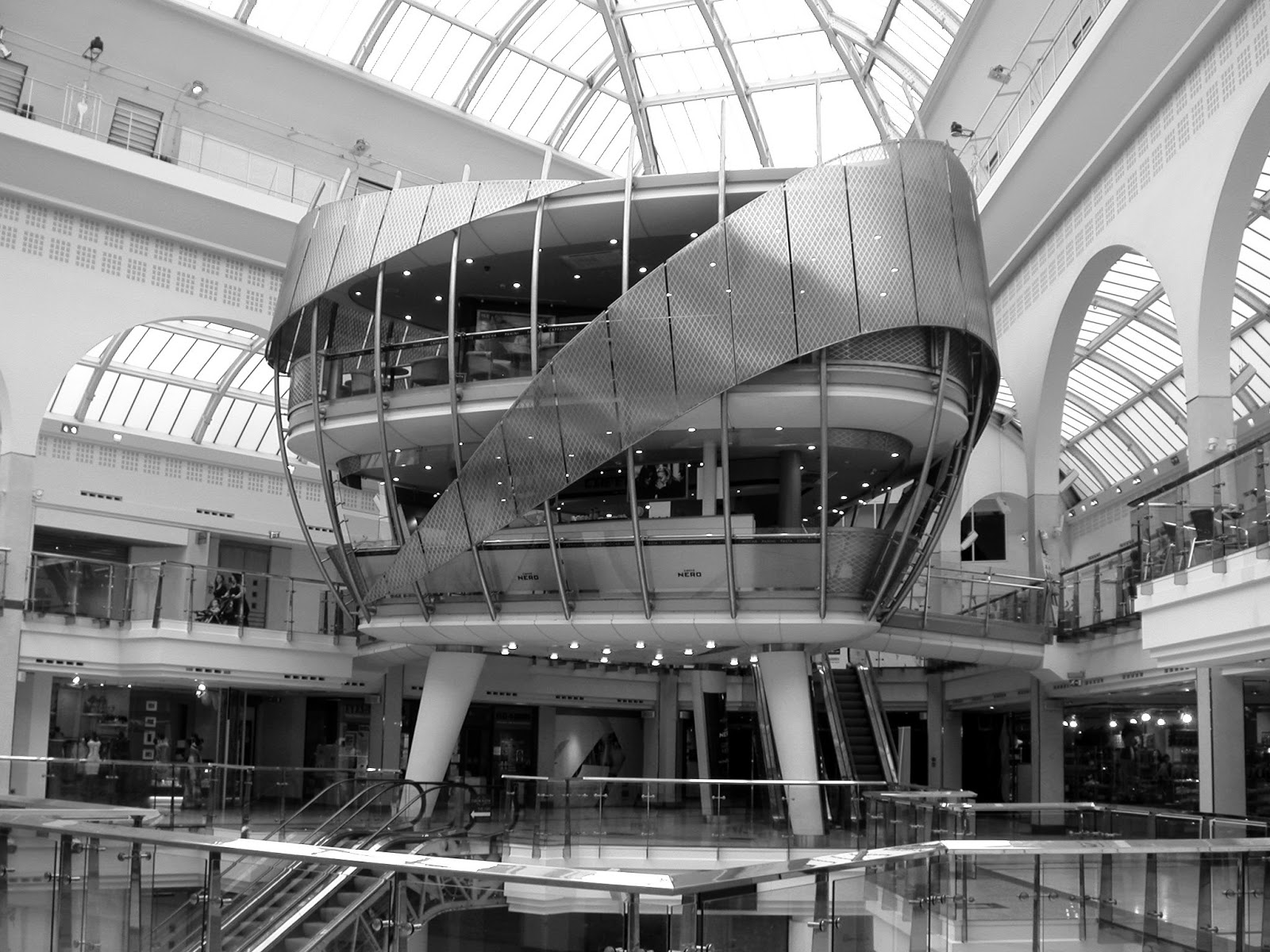 I really liked this metal and glass structure.

It was in the Corn Exchange beside Exchange Square, and I always thought it was an innovative way to fill a space.

Added to that I rather enjoyed sitting in there sipping an espresso and waiting for the shopping expedition to finish.

But it has e gone since the was transformed from a retail centre to a series of themed restaurants from Italian, to Thai, and many more. 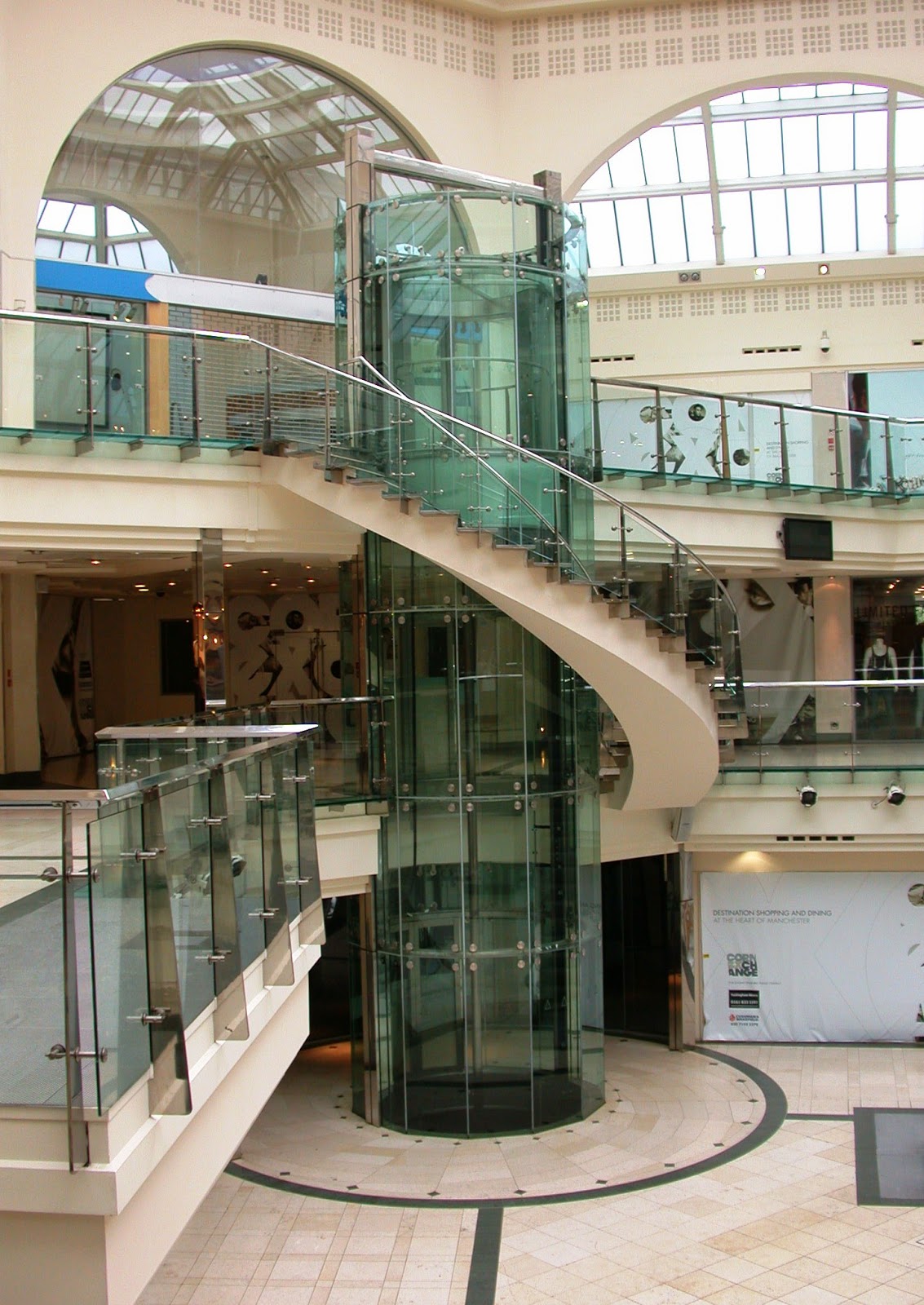 The Corn Exchange is a listed grade II building and was originally the Corn and Produce Exchange built in 1897 and opened in 1903.

Its role as an important centre for business suffered during the 1920 and 30s and and by the time I arrived in Manchester in 1969 its role as a trading floor were over.

But I remember it as a place full of independent traders ranging from second records and comics to clothes and jewellery.

You could spend hours wandering the stalls on the trading floor and in the surrounding rooms, but that IRA bomb did for all this.

The building was severely damaged and many of the traders relocated to what has become the Northern Quarter, and the building was redeveloped as the Triangle specialising in swish retailing, but it never seemed as busy in later years, and despite a re branding in 2012 seemed to miss a trick. 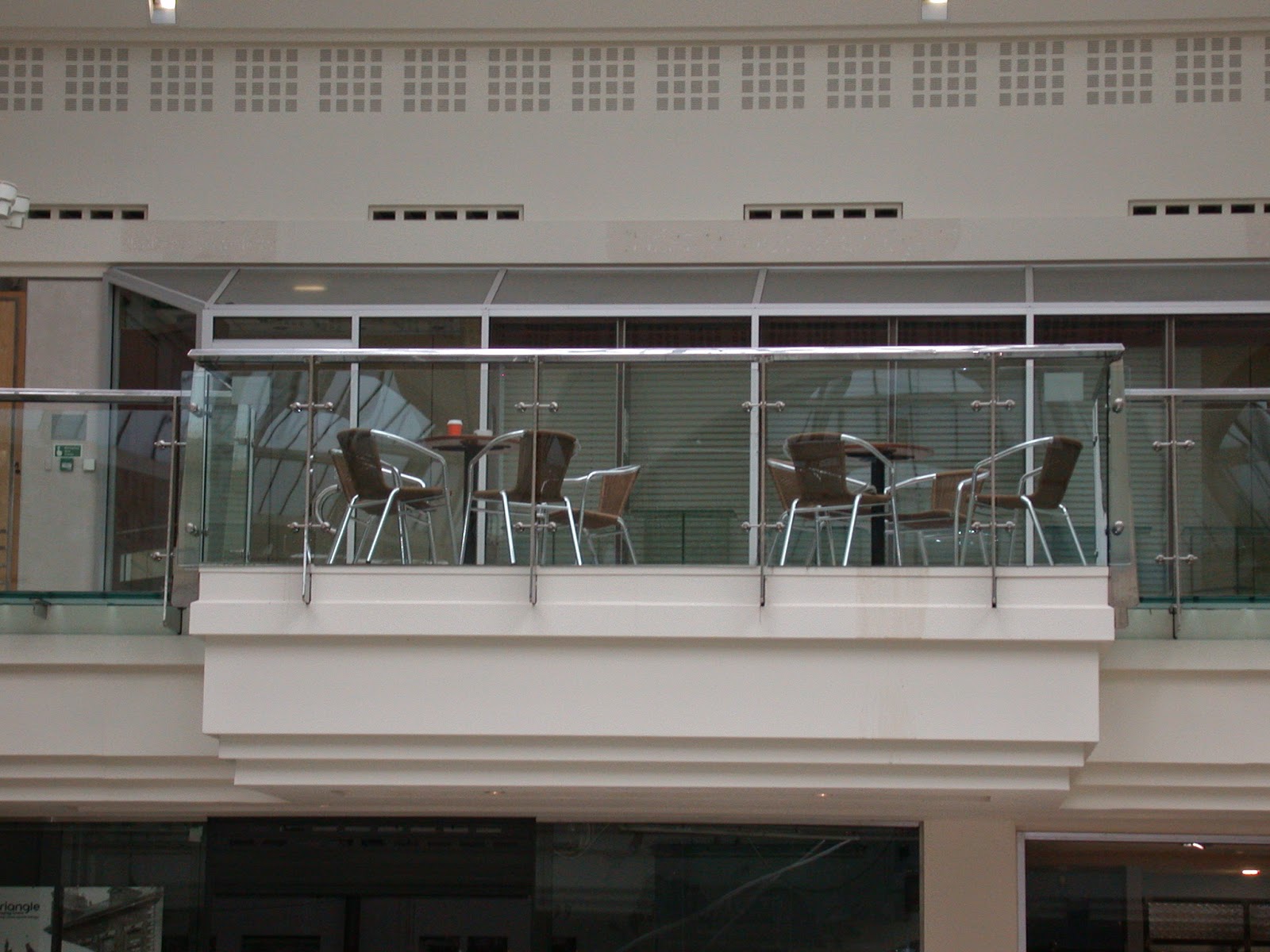 And then it closed reopening as an interesting place to eat.

Pictures; interior of the Triangle, July 2013