On Eltham High Street in the summer of 1977

Now there is a very obvious appeal about old photographs of Eltham.

The people stare back at you and it is easy to wonder about their lives, their hopes and of course what happened to them.

In the same way we are drawn to the buildings, comparing their appearance then with now or pondering on how the planners could have allowed such a magnificent house to be demolished to make way for an ugly block of flats or an equally drab parade of modern shops. 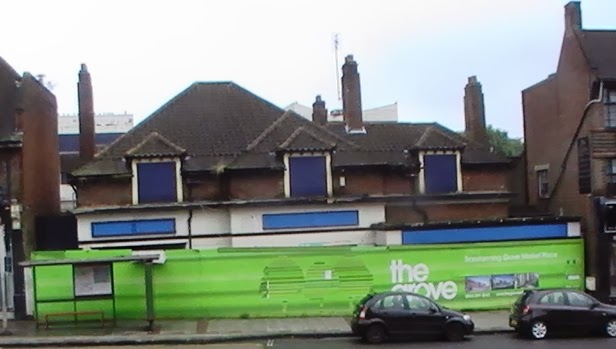 And the irony is that those 1950s/70s new build rarely have lasted the course.

The grey concrete has stained, the wood panelling has begun to rot as have the window frames and the modern signage is totally out of character.

So it is more pleasant to retreat into the images of a century ago.  All of which is fine but often ignores the more recent photographs, from say the 1970s or 1980s.  These can be just as revealing about how things have changed, with that added bonus that they show an Eltham which is almost as it is now but not quite. In that sense they seem even more dated.  The fashions look outlandish and the cars comical.  But for the historian these images are just as important.

So in 1977 on this stretch of the High Street the King’s Arms was still serving pints, Warrens and the Golden Orient Tandoori Restaurant were yet to give way to Pat’s Textiles and Spice Island, and the Grove Market was a busy and vibrant place.

So and not for the last time I shall fall back on that old Monty Python quote, "no one expects the Spanish Inquistion" and make an appeal for more of those pictures from the recent past.

Picture; courtesy of Jean Gammons
Posted by Andrew Simpson at 03:00