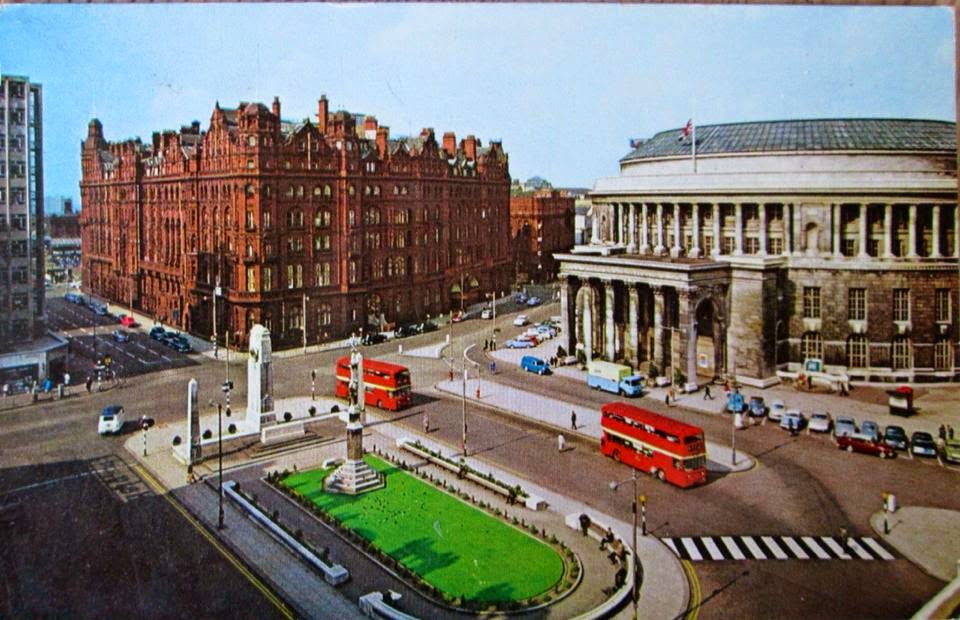 Now as we move towards the official re dedication of the Cenotaph in its new position outside the Town Hall I think it is appropriate to look back on the site as it was in the 1960s.

It is a scene many of us will remember.

The Ref has yet to be cleaned, the buses still display their Corporation red livery and the tram line and stop are yet to be built.

In fact look closely and behind the Midland Hotel the shape of Central Station can just be made out and for those who like train stories, there was a service that took you direct to Chorlton and onto Didsbury. 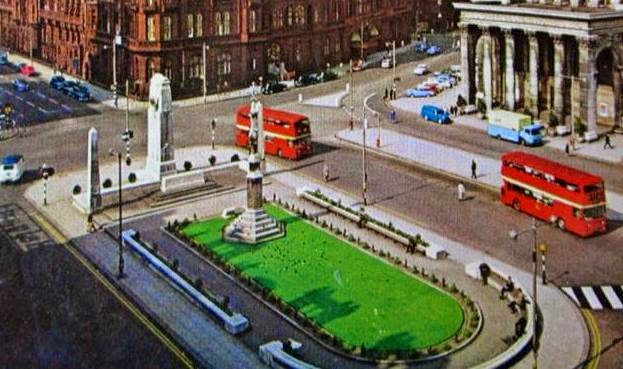 And for those with an even keener sense of history, the so called cafe society had yet to happen.

So if you wanted a glass of wine or pint of beer you had to wait till the pubs opened at 11, and remember that last orders was at 3, added to which I doubt that there was much of a choice in wine.

And as for sitting outside and slowly watching the city pass as you sipped your drink that like the metro was not yet how we did things.

What we did do was something which was called coffee, had the colour of coffee,and was a pale imitation of the real thing.

Of course  if you were really unlucky there was Camp Coffee which I have to say I briefly had a flirtation with but would never today share with the Italian side of the family.

Email ThisBlogThis!Share to TwitterShare to FacebookShare to Pinterest
Labels: Manchester in the 1960s, My Manchester, St Peter's Square, The Cenotaph