“to obtain some legal remedy for wandering children, who were by neglect only acquiring the immorality and the vice of the public streets of Manchester from being at large during late hours”* 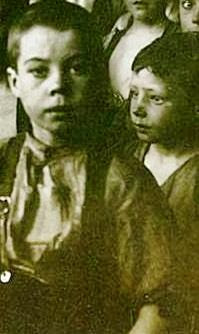 History  is messy, and it can be easy to portray the children's charities as imperious, and driven by their own narrow view of parenting.  So there are those who point to the way the charities in the late 19th century appeared to ignore the rights of parents over the perceived needs of the children.

But to every story there is always another side, which brings me neatly to the work of the Manchester and Salford, Boys' and Girls' Refuges whose activities  were all embracing and almost from the beginning, it campaigned on behalf of those young children making a living from hawking on the streets and by intervening in the courts to prosecute neglectful and abusive parents.

The slow progress to the legal protection of children in the work place dated back to the 1830s, but almost four decades on those who worked the streets selling newspapers, matches and fuses were still left unprotected.

Evidence presented to the Home Secretary by a deputation from Manchester and Salford in 1878 highlighted a situation where “children from 4 to 7 years of age were sent into the streets to sell newspapers, matches, and various other articles at all hours, winter and summer without regard to the inclemency of the weather, and the practice was rapidly increasing.”

Leonard Shaw added “in one evening’s work 10 members went through the streets and laboured till 12 o’clock, each member taking a street in Manchester. In that time they took to their homes some 50 varying in age from 5 to 12 years” and estimated that over Manchester in the three hours up to midnight “there must be somewhere near 1,000 of these children.” 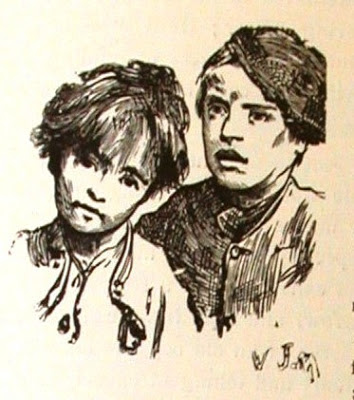 Apart from the sheer scandal of the level of exploitation and the degree of suffering, there was that ever present concern that these young people were in great risk.

Leonard Shaw continued, “they had watched little girls of 6 and 10 years of age in the streets growing into women, singing and speaking to men, and learning all sorts of evil; and they could point to some who adopted the streets for their living.”

But the lack of resources at a local level made it difficult to enforce existing legislation.

In 1880 Leonard Shaw published ‘Street Arabism: Its Cause and Its Cure’, which set out a clear programme to eradicate the scandal. This included the employment of more staff to enforce existing regulations, along with the establishment of regulated brigades of street sellers. These would be furnished with a uniform and badge, which would operate in conjunction with a register of those engaged in the brigades.

There would be a prohibition on children less than 10 years of age hawking any article on the streets, with a restriction on the hours worked by children under fourteen and the provision that parents would be responsible for each breach of the regulations.**

And it was this last suggestion which weighed heavily with the Refuge who had concluded that many of the children selling on the streets were not orphans, nor destitute but had parents, returned home at the end of the night and fitted in their street work after school. 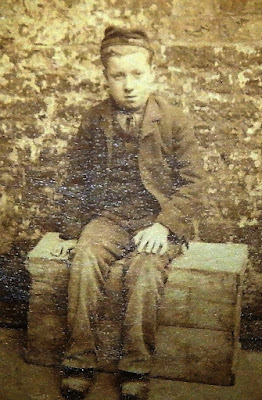 Leaving aside the moralistic tone of much of the commentaries, which referred to “lazy and drunken parents”, the Charity presented evidence that the children were there on the streets to supplement or provide an income for their mothers and fathers.

Writing in 1889 for Manchester Statistical Society, Gilbert R. Kirlew observed, “that in the great majority of cases the parent or parents of these children were drunken or vicious, and becoming the employers of their own children for the time being they provided them with the capital to become street hawkers, and expected, at least, 40 per cent in return for the outlay and labour involved”.

He also pointed out that “a considerable number are the off spring of vice and illegitimate –‘not wanted’ and therefore, uncared for .... and their homes, in many cases are little more than places in which to creep for shelter, like a dog kennel – a considerable portion not even getting meals in them”.***

And in an earlier pamphlet for the Charity he had told the story of two boys aged four and eight who he had encountered, who were neglected by their drunken father living on “bare boards of a dirty empty room”.****

It followed then that the Charity should be become directly involved in the protection of young people.

To that end in 1884, the Charity set up a child’s protection department, in which “26 cases of child cruelty and neglect had been investigated” The following year the Manchester and Salford Society for the Prevention of Cruelty to Children was formed as a branch of the Refuge, operating from the Children’s Shelter, originally located on Major Street.

The Children’s Shelter had been set up in 1884, to give shelter to children sleeping on the streets of Manchester. The unique principle behind the Children’s Shelter was its philosophy to stay open 24 hours a day, meaning no child in need would ever be left out on the streets to fend for themselves. Many of these children were brought to the shelter by a ‘concerned citizen’, often a policeman, a neighbour or member of the clergy. Most did not stay in the shelter longer than a week, being returned to family and friends or placed in one of the Charity’s more permanent homes. The service moved to Chatham Street as a permanent residence six years later. 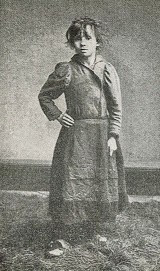 In its first full year, 522 cases of cruelly treated children were dealt with by the service. Of this number, around 80 were admitted into the Charity’s various homes. Some cases were taken to court and the parents prosecuted.

In 1889 an ‘Act for the Better Prevention of Cruelty to Children’ was passed, giving the Refuge greater power to deal with cases of neglect and over the next ten years 9922 cases were dealt with.

Cases like that of the death of William aged 10 of Salford in 1893. The court heard that he had died after “unnecessary suffering and injury to his health by his mother beating and striking him” and keeping him in a scullery in the family home on Pearson Street in Broughton.

The Refuge took up the case and obtained a successful conviction for “unnecessary suffering and cruel neglect on the part of the mother”, who was sentenced to 14 days imprisonment with hard labour.

Commenting on this successful prosecution, Mr Leonard Shaw, in a letter to the Manchester Guardian, made the promise that “those who cruelly and brutally torture helpless children will receive no mercy at our hands.” He added that during the January of that year the Charity investigated 37 cases involving the welfare of 137 young people and of the 37, “6 were taken to court with more still pending while in the majority a sharp warning and a watchful eye will accomplish that prevention which is the chief object of our society.”

And that resolute and remorseless task was continued until 1895 when, after the establishment of a local branch of the National Society for the Prevention of Cruelty to Children the previous year, the Charity handed over “this painful but necessary duty.”

Pictures; courtesy of the Together Trust*****

*****The images were all produced at the time , but some were part of the ongoing campaign by the charity to show the ir work with pictures of before and after