Municipal Housing in Manchester before 1914: tackling ‘the Unwholesome Dwellings and Surroundings of the People’

Now I am a great fan of Municipal Dreams which celebrates the efforts and achievements of our early municipal reformers ever since I came across an article about Woolwich in south east London close to where I grew up.*

The articles are well researched, well written and thought provoking.

I had hoped that at some time the blog would focus on Manchester and today it has.**

"Manchester has been described as the ‘shock city’ of the Industrial Revolution and if you lived in Ancoats it was, indeed, pretty shocking.  Ancoats was the world’s first industrial suburb – factories and workshops cheek by jowl with mean terraces of back-to-back working-class housing and courts."

And what follows is a description of how the Corporation began to tackle these very real problems.

So as I always say rather than tell you about the story I just suggest you read it yourself.

"Municipal Dreams celebrates the efforts and achievements of our early municipal reformers.

These men and women dreamed of a better world.

But this was a dream built in bricks and mortar; an idealism rooted in the practical power of the local state to transform lives and raise the condition of the people. 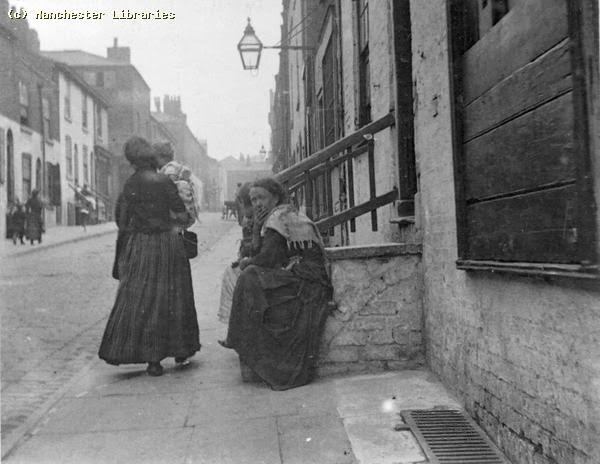 I believe that the legacy of our early municipal reformers is unjustly neglected and often unfairly maligned.

This is a modest attempt to record their story and set that record straight.

This isn’t a crudely party political blog but, at a time when the local state and directly provided public services are under unprecedented attack, the lessons of the past seem relevant.

In other words, this is not an exercise in nostalgia but a reminder that it doesn’t have to be this way.

In practical terms, I aim to add a new entry each week.  These entries are not intended to be a record of only metropolitan politics: if there’s a London bias that reflects only my location and my access to archives.

I would welcome comments, suggestions and assistance in adding to this record of municipal dreams wherever they were dreamed and however they took shape.

**Municipal Housing in Manchester before 1914: tackling ‘the Unwholesome Dwellings and Surroundings of the People’
http://municipaldreams.wordpress.com/2014/02/18/municipal-housing-in-manchester-before-1914-improving-the-unwholesome-dwellings-and-surroundings-of-the-people/