Back in Guide Bridge for the second time ...... finding clues to a picture 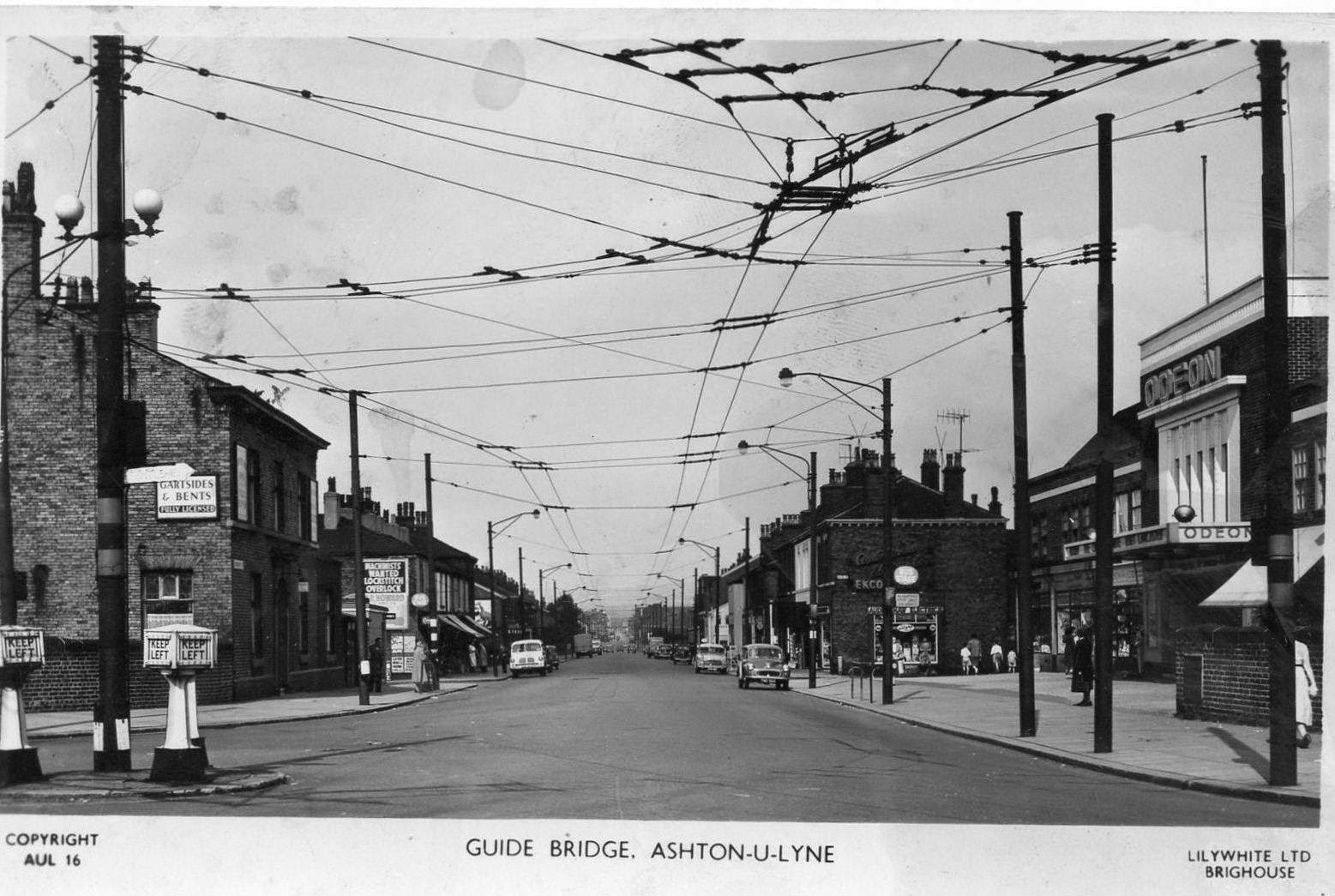 Now there are quite a few ways you can date a picture postcard like this.

It’s of Guide Bridge and belongs to Ron Stubley whose dad sent it to him.

Of course a postmark is a good starting point, but that only tells you it was sent, not when the picture was taken or when it was added to the catalogue of the postcard company.

In this case I don’t have a catalogue for Lilywhite Ltd of Brighouse and so it’s down to old fashioned detective work. 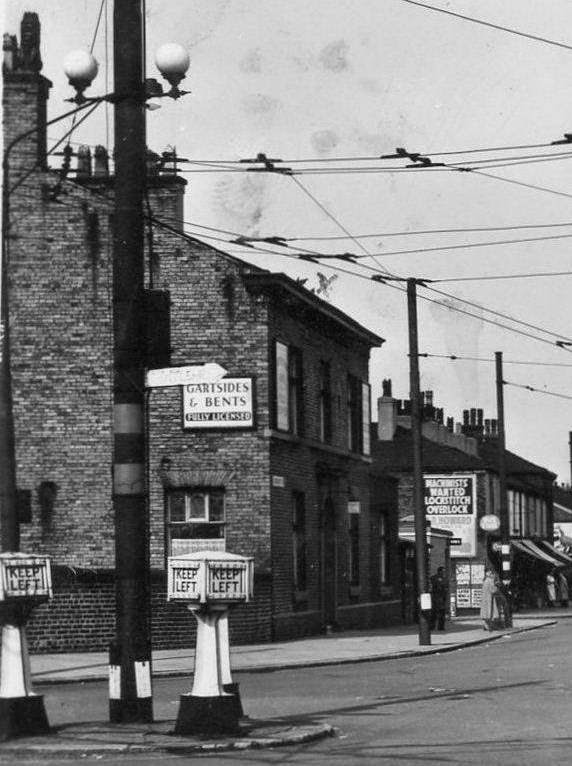 The cars are a clue but the registration plates are too small to be read, but the presence of TV aerials takes us into the 1950s while those overhead cables must make it before 1966 when the last trolley bus ran its almost silent course along Stockport Road.

All of which narrows it further to some sometime before that date.

The sign for Gartside & Bent’s brewery on the side of the pub also places it in the 1960s because they were taken over by Bass in 1967.

But the clincher is the Odeon cinema which closed in 1961 so our picture is sometime before then but I guess no earlier than the mid 1950s.

That said there may be someone who can offer an exact date based on the make of those cars, the big advert for machinists or perhaps even the news stories advertised on the side of the shop.

There may even be an expert out there on road signs or television aerials.  Failing that someone with the relevant street directories which will be able to identify the shop owners and get us close to that date. 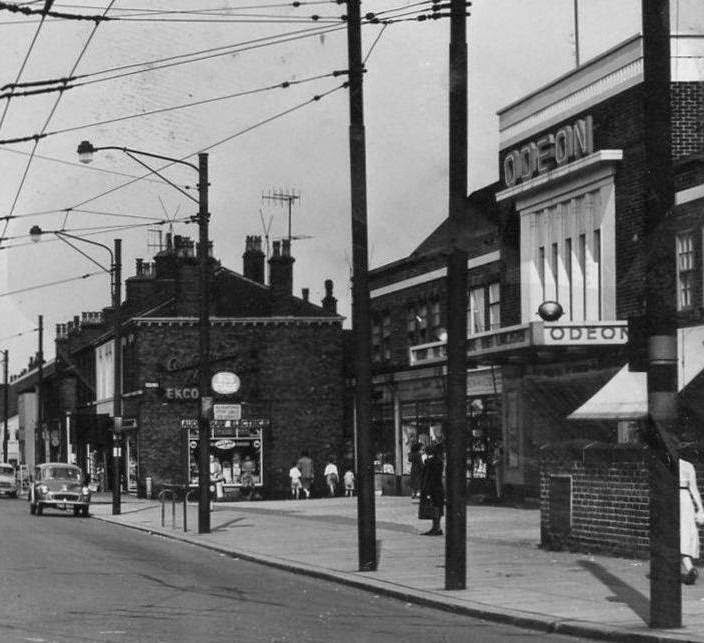 In the meantime I shall finish by saying this is the second story of the week about Guide Bridge and its cinema.

Yesterday, I featured Peter’s painting, of the odeon today which neatly takes the story from the 1960s to the present, and I reckon together they nicely show off Guide Bridge as it was and is.