One hundred years of one house in Chorlton part 19, how big is your garden?


The continuing story of the house Joe and Mary Ann Scott lived in for over 50 years and the families that have lived here since.* 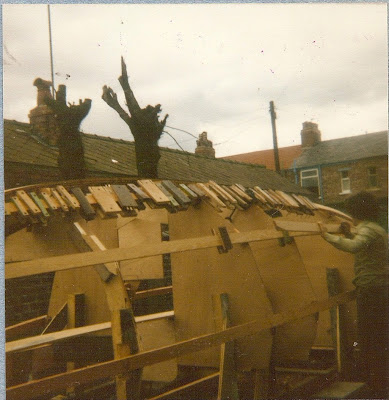 Now the prerequisite to living in the fast lane is not I have to say a quest to link the size of gardens to the development of Chorlton in the first few decades of the 20th century.  The two just don’t go together.

Once and I have to confess  it was before Italy surrendered the lira and Greece the drachma I spent my time staying up late, watching the dawn rise over another Greek island or planning who I would walk into the Trevi Fountain with.  But now I crawl over old census returns, examine those commercial postcards of Chorlton sent in their thousands and read property deeds. 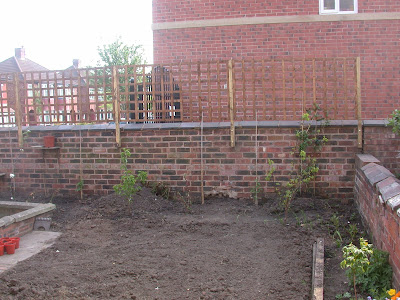 Our garden and the gardens of the other five in the terrace built by the Scott family in 1920 are small.  And that marks them off as fairly typical of most of the properties in Chorlton.  There is not much difference in the space of the gardens in either the two up two down houses built before the last century, or the taller more stately homes built for clerical and professional families It is the same for the houses built in Chorltonville and again for those built between the wars.

You have to go back before the housing boom of the late 1870s to find properties with more substantial gardens.  I am thinking of those built around 1874 on Cross Road, or the more modest houses off Groby Road.  True there are other exceptions like the long gardens which fall down towards Chorlton Brook from Belwood but most of the development from the early 1880s through to the 1930s were designed with relatively small gardens.

I wonder if in parcelling up the land units the Egerton and Lloyd estates worked to some set size.  Looking at different blocks often built at different times but adjoining each other there does seem a degree of parity.

Now I bet there will be someone who will tell me that of course that is the case, and anything else would be very silly.

What is clear is that the development happened piecemeal, dictated by the desire on the part of the landlords to pace development, the economic climate and the availability of builders and developers as well as the demand. 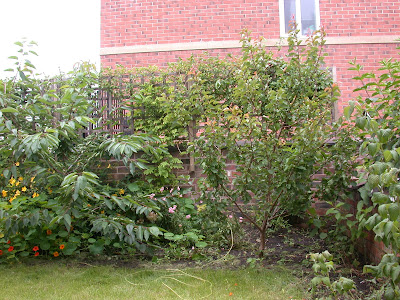 Now having said all of that what people did and continue to do with the small plots remains very individual.
Scott had planted three trees which sadly had to come down as they had outgrown the space, and appears to have buried many of his pets under the lawn.  John built a boat we have just messed about with it more recently planting some fruit trees, a vine and because one of the lads liked raspberries and set of them along one wall.

But the issue of the size of the plots interests me.  I just need more deeds.

Pictures from the collections of Lois Elsden and Andrew Simpson