More on that hole in the ground in St Peter's Square

Now you can never get too much of a good story about a hole in the ground. 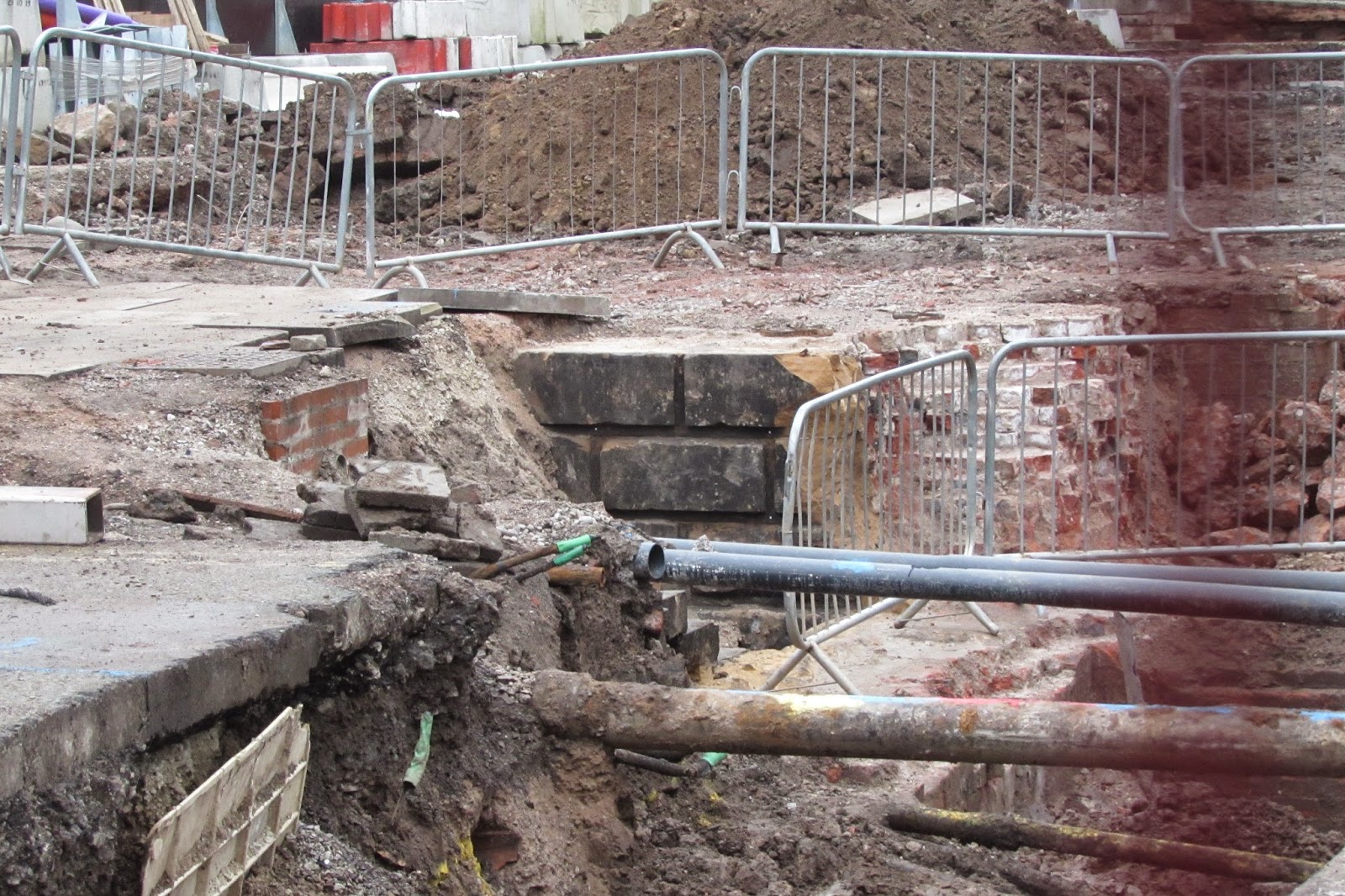 And so here is the third of the stories about the hole that has been opened up in St Peter’s Square.

It all started when Sally told me that excavations were under way in front of One St Peter’s Square which had once been the site of St Peter’s Church which had been demolished in 1907 after a century and a bit of serving the community.

She kindly took some pictures which revealed the remains of the church and Andy Robertson has sent me some of his to add to the collection. 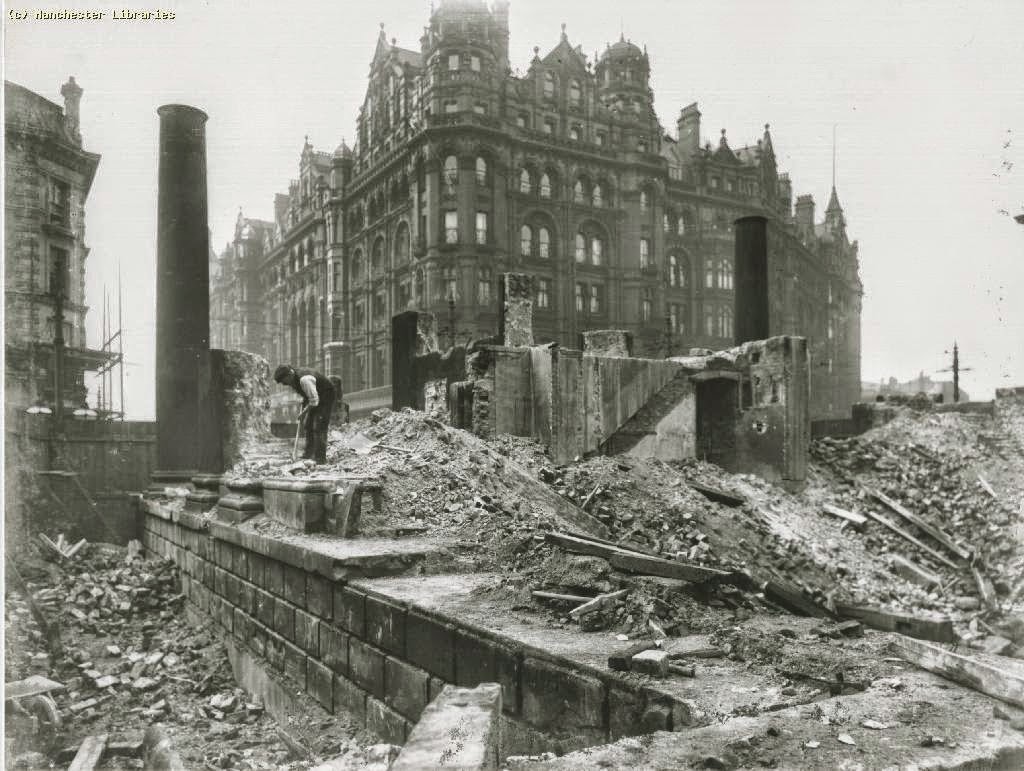 Together they offer up some fascinating glimpses into the old church, for amongst the assorted service pipes and old Corporation tramlines can be seen the large stones which formed the base of the wall around the church.

They are revealed for the first time in Andy’s pictures for over a century and can be compared with the pictures of the church both during and before its demolition.

But the pictures also reveal how the old church dominated the surrounding buildings but would today be dwarfed by the modern properties which have gone up since 1907. 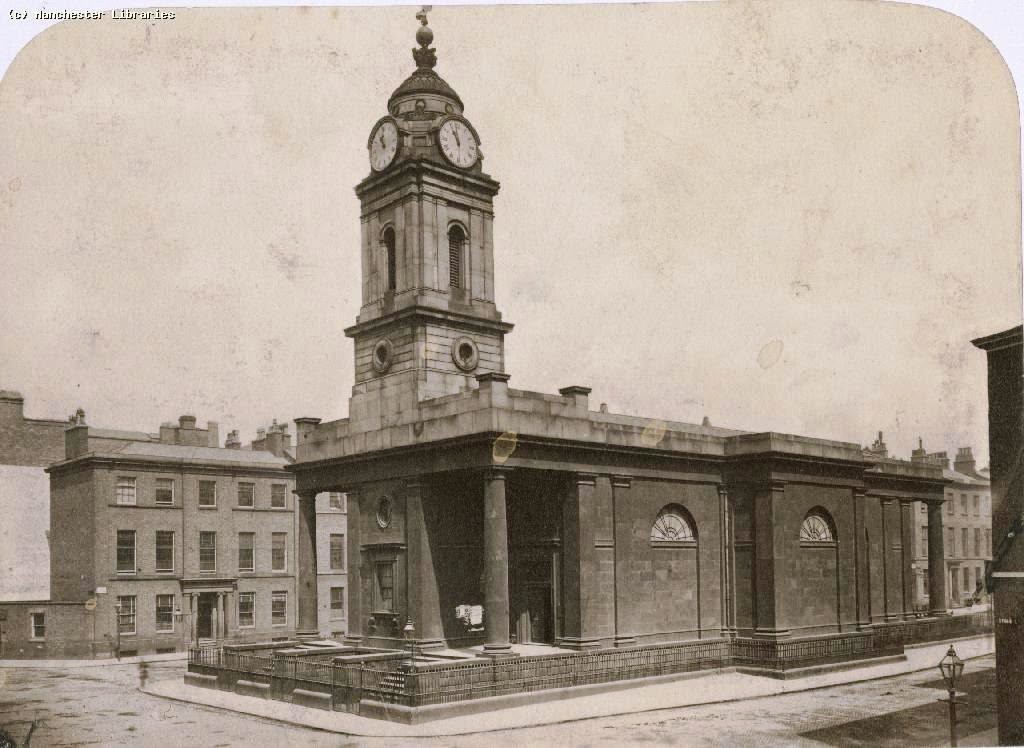 Sadly I know I will never be invited down to crawl over what is left of the archaeology of the church its crypt and its foundations so I will have to be content with the scene recorded by Andy and Sally.

Of course by the time it came down in 1907 much of the residential properties had themselves long gone replaced by offices and warehouses and so I guess the church was a little surplus to requirements. 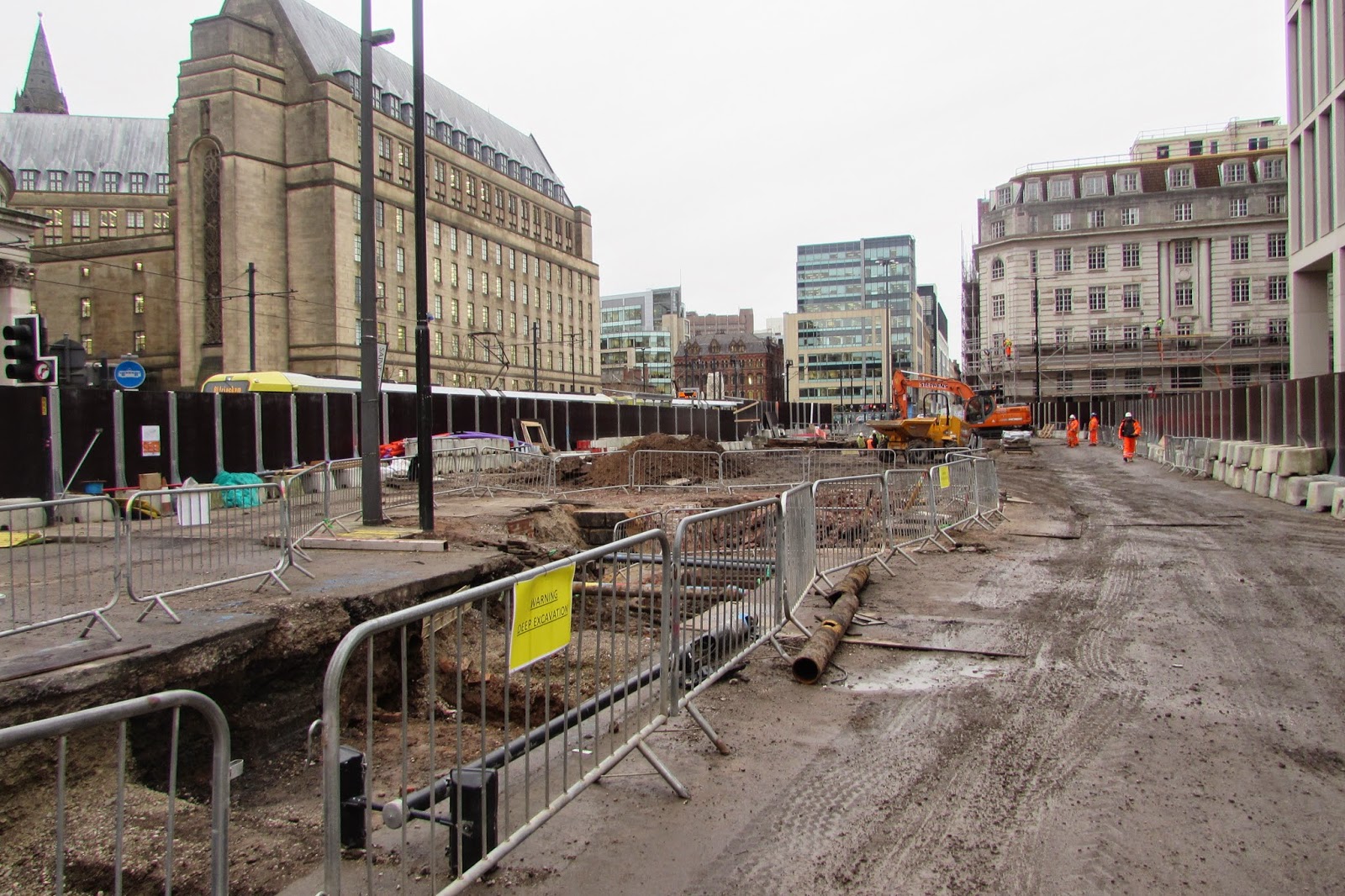 graced the city and I can't say that tower or clock does much for me.

In time I think I will go and look for its history some of which is revealed in a wonderful guide book on Manchester in the 1850s but that is for another time.  Instead I will just close with this interior shot of the church taken as the workmen were beginning to know it down. 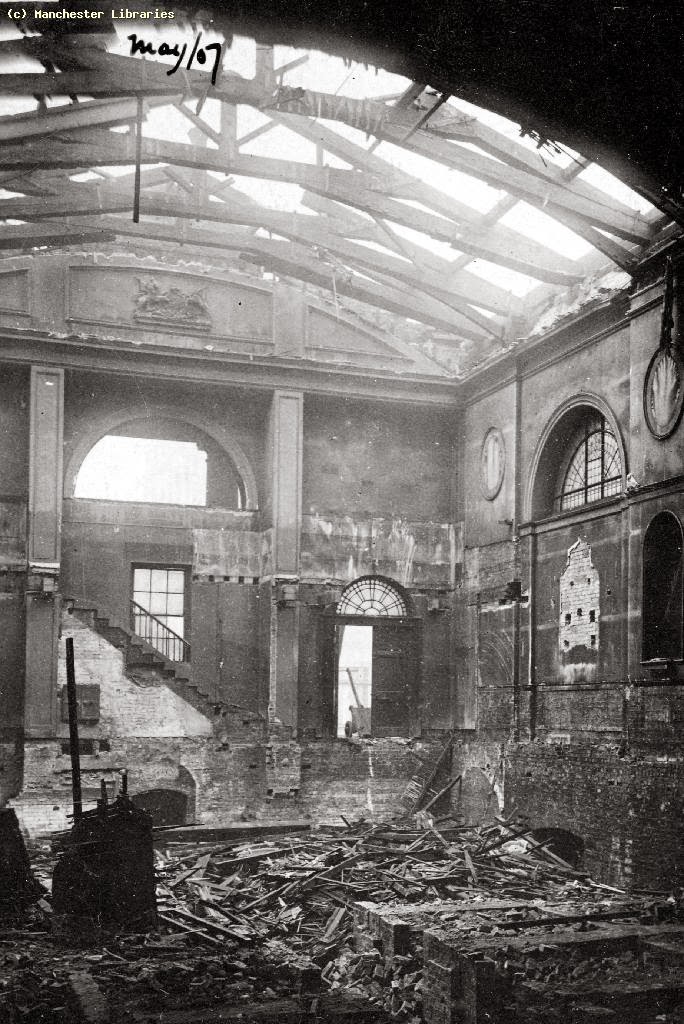 Pictures; St Peter’s Square in 2014 from the collection of Andy Robertson and, the church in the process of being demolished in 1907, m80961, as it was before demolition 80329, W H Fisher,  and the interior in 1907, m71326, courtesy of Manchester Libraries, Information and Archives, Manchester City Council, http://images.manchester.gov.uk/index.php?session=pass