On coming across the Daily Express Building on Great Ancoats Street

Now here is an opportunity I will never be able to take advantage of. 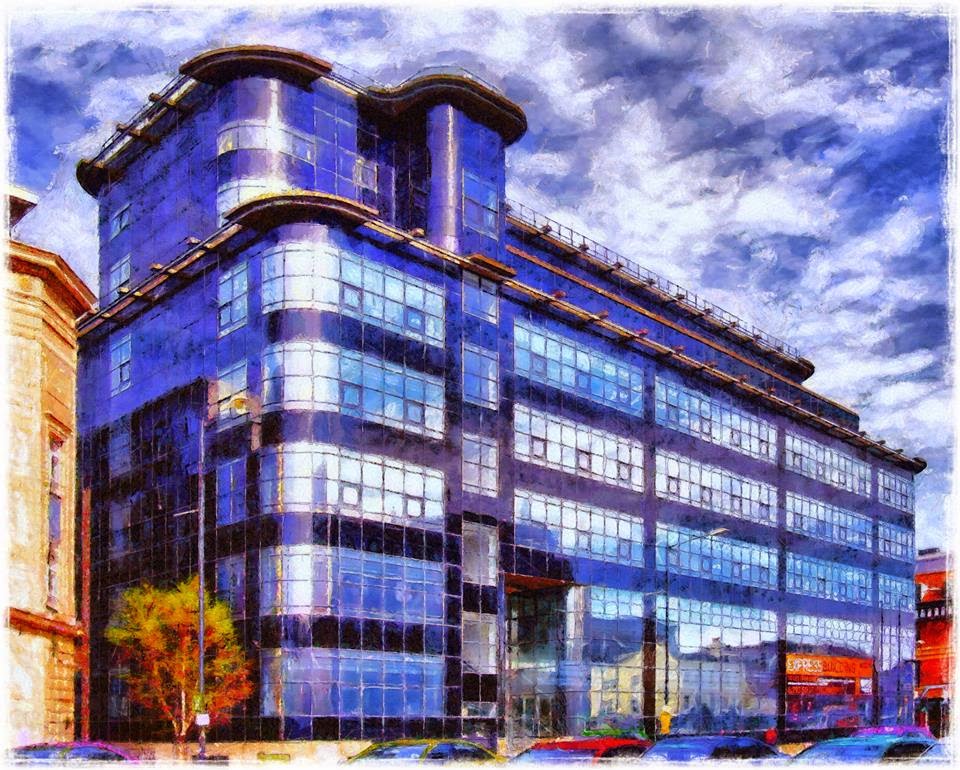 On offer "to let or for sale", ...... the Express Building on Great Ancoats Street.

Peter Topping came across the sign yesterday and as they say the rest became a series of paintings.

The Daily Express building  is an iconic and to my mind exciting building.

On one of those wet winter afternoons as the light finally gave up on Manchester there was something pretty impressive at turning onto Great Ancoats Street and seeing the place lit up. 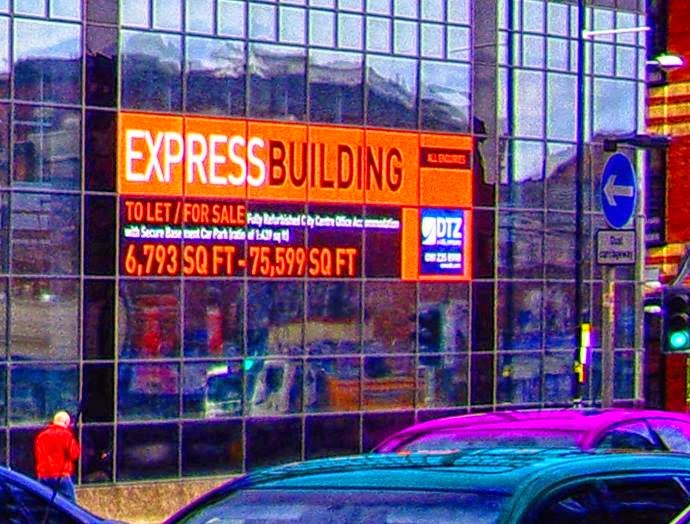 I could go on but there are plenty of very good accounts of its history so I shall leave you with Peter’s paintings and a memory of my parents who quietly but doggedly disagreeed about the newspapers that should fall through the door.

Dad preferred the Express and if pushed might opt for the Daily Mail.

Mother always muttered darkly about both having little time for the political causes they espoused.

As for me I was always intrigued by the  chained Crusader in red which sat along the top of the paper, but like mum when it came to it I settled for the Guardian.

Of course by the time I washed up in Manchester in 1969 the paper had long since dropped Manchester from its title.  I guess that should have been a hint at things to come.

The presses stopped rolling in the Express building in the 1980s and at Withy Grove in 1986 leaving the first to become offices and flats and the second to morph into an entertainments complex.

That said you can still buy a paper at the Print Works so perhaps that will be Peter's next subject.

Email ThisBlogThis!Share to TwitterShare to FacebookShare to Pinterest
Labels: Ancoats, Chorlton artist Peter Topping in collaboration with Andrew Simpson, Manchester in the 2000s, My Manchester