Possibly the last time I visit the Wagon & Horses in Sale 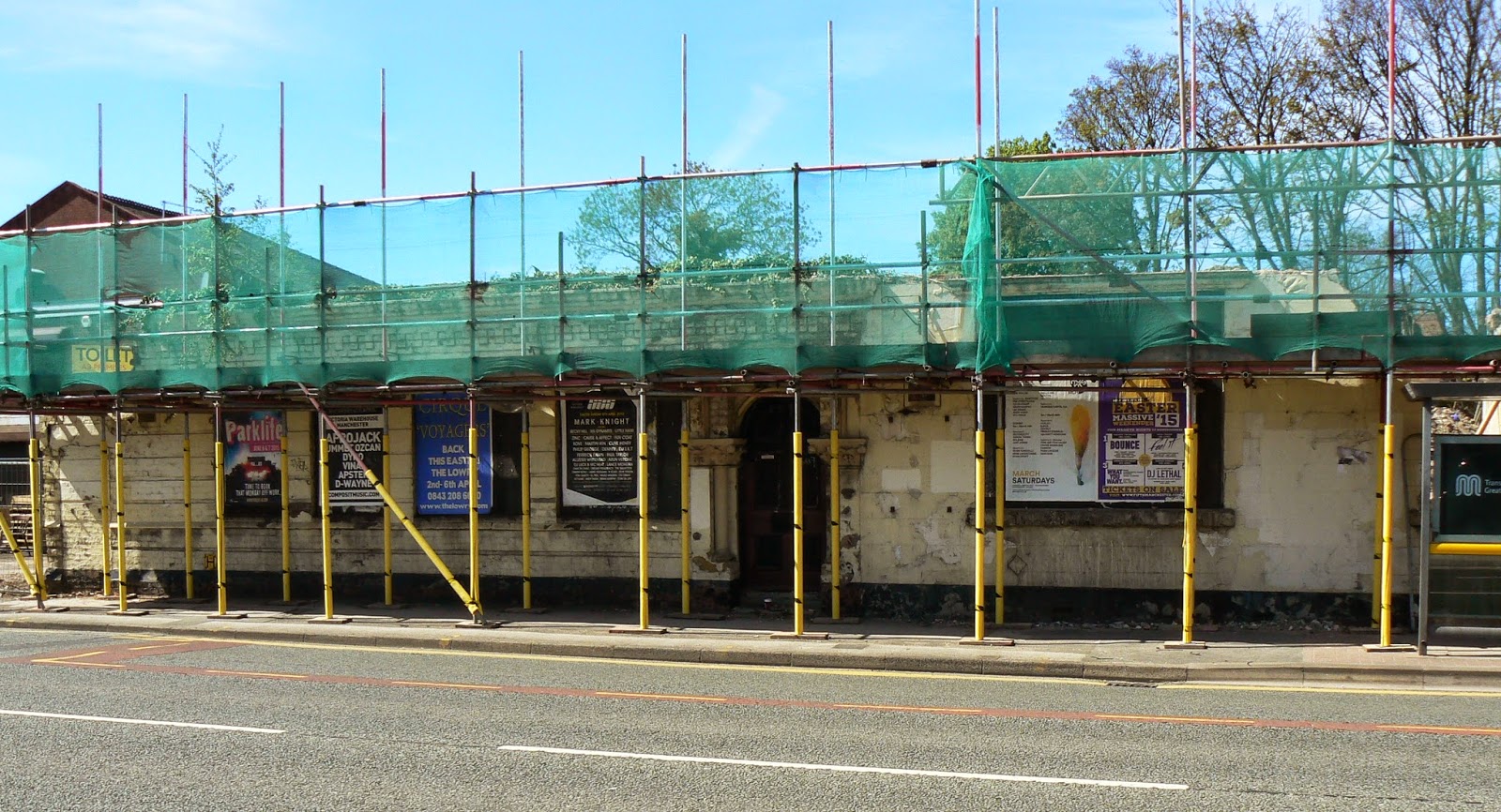 This is not quite the end of the story of the Waggon & Horses in Sale but I rather think it must be close to the end.

The pub shut up shop over a decade ago and has been empty ever since.

Now the place clearly struck a chord with many people because the story posted a fortnight ago which reported on the appearance of scaffolding was read by 2,600 people in just a few days.* 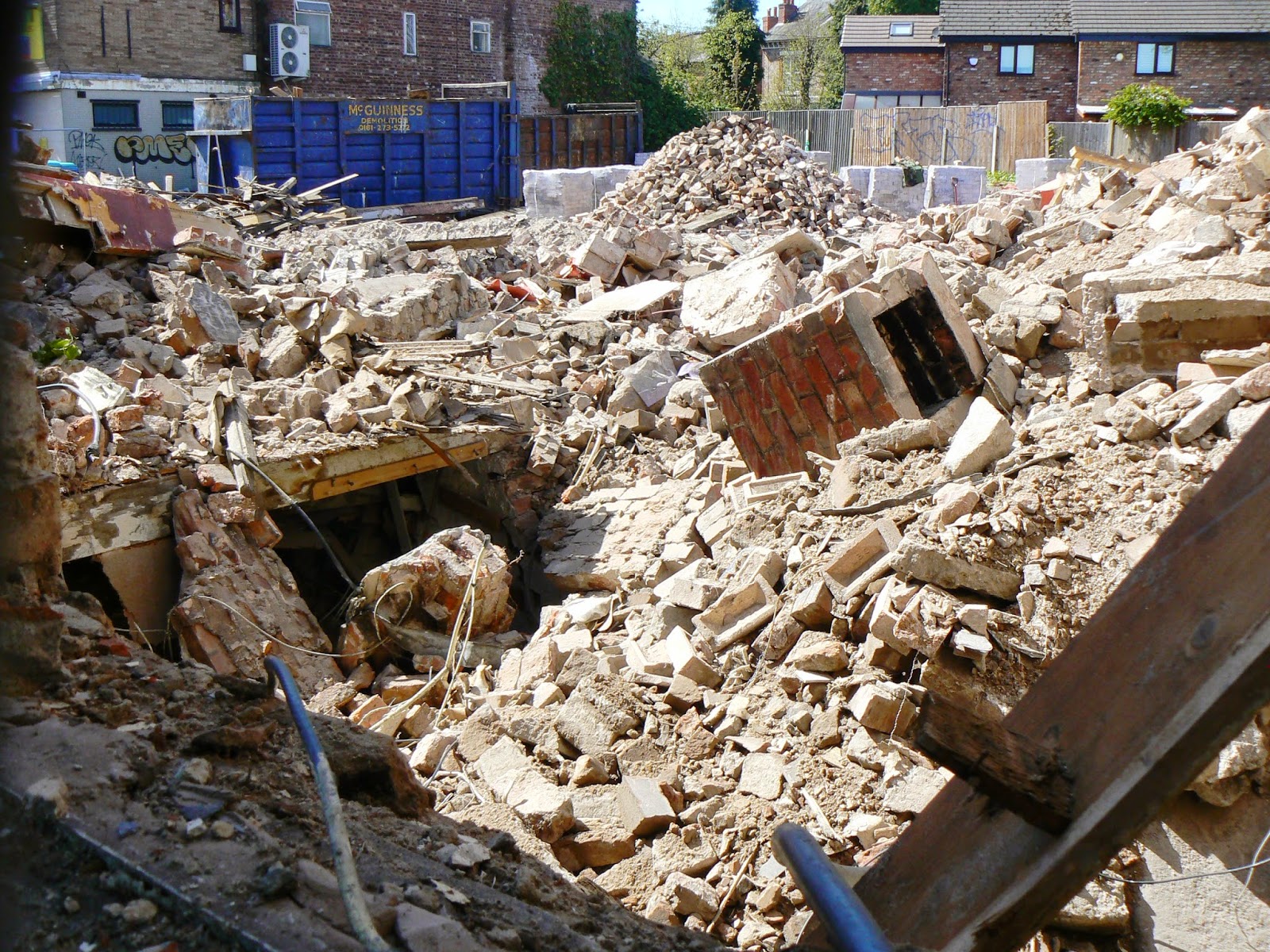 Opinions were divided about the plans to demolish it which were approved last year as was the earlier application to build a mixed retail and residential development on the site.

There were those who lamented the loss of another pub from their past and those who while expressing sadness at its closure could see how the new development would be better than an empty building.

And now that debate all seems a tad academic.  Andy Robertson who took the earlier pictures of the pub with its scaffolding went back yesterday to discover work is well underway to reduce it to a pile of rubble.

And by now it may well have just become a hole in the ground, all of which just leaves that appeal for anyone with pictures, stories or memories of the pub to share them.

In the meantime there are a few other stories of the place which might spark some interest.**

Pictures; the Waggon & Horses, April 27 from the collection of Andy Robertson

*So it’s goodbye to the Waggon and Horses in Sale ..... closed for a decade and soon to be a hole in the ground, http://chorltonhistory.blogspot.co.uk/2015/04/so-its-goodbye

Email ThisBlogThis!Share to TwitterShare to FacebookShare to Pinterest
Labels: Andy Robertson, Sale, Sale in the 2000s