When no trains ran from Chorlton railway station 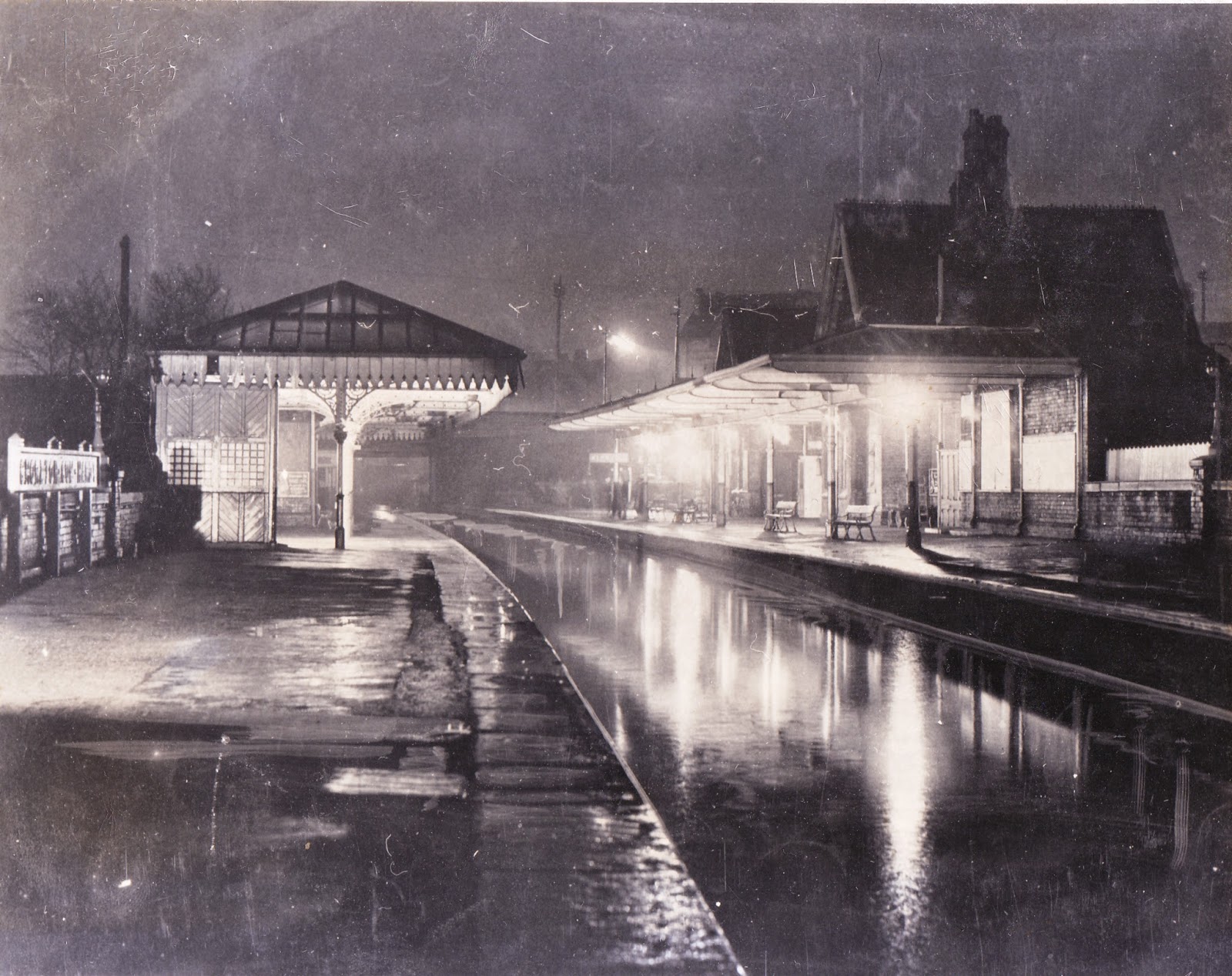 Now I featured the story before of when flooding stopped the trains at Chorlton Railway Station.

But Andy Robertson just passed over this picture from his collection in 1954 and so here is a little of that story with this picture.

After “a day of heavy rains in the North West, the red (flooding imminent) signal was given” in the early hours of January 21st 1954* from Salford along to Didsbury “the river was rolling into the densely populated area of Meadow Road” in Salford and shortly after 2 a.m. the Mersey was said to be pouring over its banks into large parts of the Didsbury and Northenden areas.”

And here we had “one of the most serious cases of flooding in the Manchester area,” as "Chorlton Brook overflowed in the late afternoon over the railway lines.

The flood waters were thirty inches deep below the platforms and made the station impassable ....... an official at the station said  late last night that the water had started to rise shortly after the rush hour, until it became so deep that there was a danger of it reaching the fire boxes on the trains.”

So there you have, not I suspect the last flood story but enough for now.

*When flooding stopped the trains, http://chorltonhistory.blogspot.co.uk/2013/10/when-flooding-stopped-trains.html

Picture; Chorlton Railways Station 1954 from the collection of Andy Robertson