A house with a story 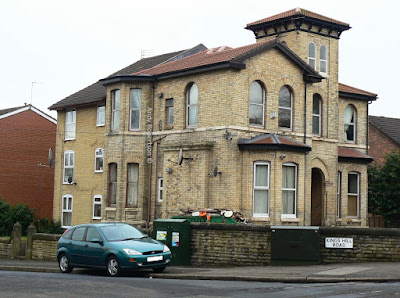 Now we all have favourite buildings but this is not one of mine.

And yet there is a remarkable story here which takes us back to the early years of commercial photography and the Ireland Photographic Studios which began up in Newton Heath as a side line and became an important family business in the centre of Manchester.*

The Ireland family prospered as commercial photographers and eventually settled here in this house.

The business was taken over by Charles Ireland whose father began the studios and he briefly lived in the house which is now the Buddhist Centre on High Lane but was once the Art School of Tom Mostyn.

So there you have it.

*It started with a picture and became a story.......... Charles Ireland, https://chorltonhistory.blogspot.com/2018/05/it-started-with-picture-and-became.html


Picture; from the collection of Andy Robertson