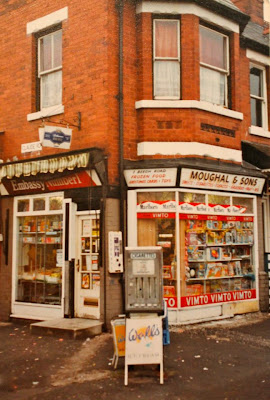 I won’t be the only one who has memories of buying sweets at the shop which was on  the corner of Beech Road and Claude Road, and there may be others like me who bought things when it sold a mix of almost antique stuff back in the late 1980s.

Not that it was always a shop; back in 1911 soon after it had been built it was the home of Robert and Janet Connell.  They were from Scotland, had been married for 38 years and had two children one of whom was still registered as living at home despite being a ships steward.

It was then an impressive seven roomed house.  If I wanted I could no doubt discover when the property was converted into a shop.  It was certainly selling sweets in the November of 1958 when R.E. Stanley photographed it. 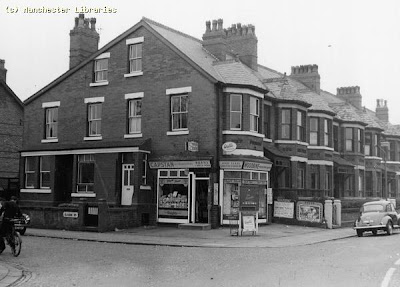 Nor had it changed much when Tom McGrath took his picture almost thirty years later.  And I think the old bill boards were still there in the 1980s advertising the current films showing at the cinema around the corner.

Today it has reverted to a home as have other commercial conversions along Beech Road.