Thank you Canada ...... thoughts on researching the family and why cooperation is always better than self interest

Now one of the great pleasures of researching family history is that it is not a solitary pursuit. True there are times when locked away in the cellar of an archive centre or trawling online records from the other side of the world it can seem so, but these are the exceptions. 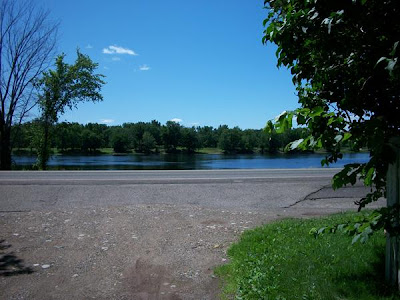 More often the work is done in collaboration with others. In the archive and local history library in Manchester people engaged in their own work will stop to seek advice or just ask what you are doing and show a genuine interest. In much the same way I have to report how helpful my Canadian colleagues and friends have been in suggesting where to go to look for clues to the story of my own great uncle.

It started after I was deluged with responses from people living in New Brunswick and Nova Scotia who replied to my letters in their local newspapers. I knew my great uncle had been placed on three farms during 1915 and armed with the address of the farms and the names of the farmers I floated requests for anyone who might help.

I don’t think I was prepared for the interest and information that came back. People asked around, searched out relatives, neighbours and friends and in some cases went on their own journeys of discovery. Not only did I receive back stories and newspaper cuttings but some went out of the way to travel to the site of farms and photograph what was left. Now like so many of the places that my family has lived, the farms are gone. It is I suppose the fate of all of us born into working families that so much of our history is now car parks, motorways and open spaces.

Since then I have become part of a network of local historians tracking their BHC. We swop information, post links and above all try and search the archives on both sides of the Atlantic in an effort to find clues to our families. Along the way I have made some nice friends, learned a lot about Canada and just enjoyed myself.

It challenges all that nonsense that there is no such thing as society or that individuals will always put self interest above helping others. Self interest even enlightened self interest would not motivate two retired senior citizens to drive something like 100 miles to a site in NS to take pictures of the old farmhouse where my great uncle stayed or others in far away Ottawa to make contact with family and ask them to do dig around in the small towns in NB . 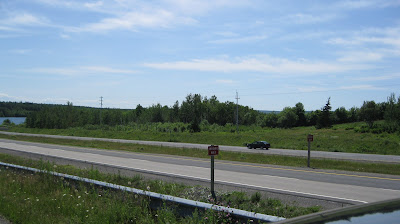 Just yesterday my friend Cindy went out of her way to trawl the marriage records in British Columbia following a hunch about who my great uncle married. And then there is Lori who has vetted my power point talks on BHC and has provided me with some wonderful material on young people who passed through Barnados.

Cooperation is how we progress; it was after all by working together that our ancestors maintained a precarious existence as hunter gathers for thousands of years before making that great step forward with farming and the development of settled communities and the first civilizations.

Now for me I think the trail has petered out. My great uncle may have married in the 1930s in BC having settled there sometime after 1920, but given that he changed his name once and that anonymity runs in the family I fear I have lost him. But “something always turns up” and usually when you least expect it and I have to say sometimes at the hand of someone else.

We shall see. In the meantime I owe my growing body of friends and colleagues in Canada a thank you, for the help and encouragement they have given me.