Inside the Whitworth Baths on Ashton Old Road .......... what we might lose 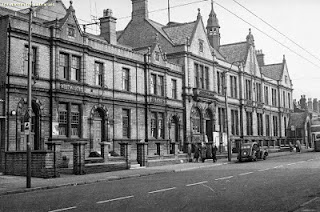 I am back with the Whitworth Baths on Ashton Old Road.*

They date from 1890, served the community of Openshaw for almost eighty years and now stand forlorn, empty and waiting for another use.

Today public buildings tend to be bland, all pretty much look the same and have those plain plastered walls painted in neutral colours.

Go back a century, and town halls, public baths, and even minor Corporation offices were decorated in tiles, and interesting stone figures and shapes. 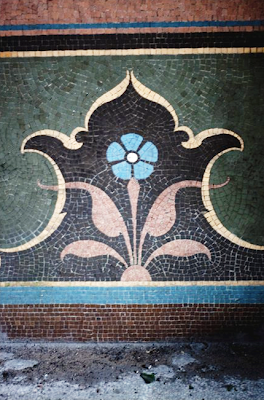 Now the realist will point to the fact that the tiles made the walls  easy to clean while both the tiles and the stone detail were mass produced and just bought off the shelf.

That said they gave a dignity to even the modest of buildings and said something about civic pride and that simple belief that even the most humble and work a day places could look attractive.

So I am indebted to Nick Bowles who photographed the inside of the Baths and featured them on his site.**

The future of the building is uncertain and already the facade is beginning to deteriorate which in time if unchecked may make saving the place uneconomic.

I still hope that someone will take the place over a develop it for this I suspect will be the only way it will survive.

If that happens the tiles and other features may be seen and enjoyed all over again. 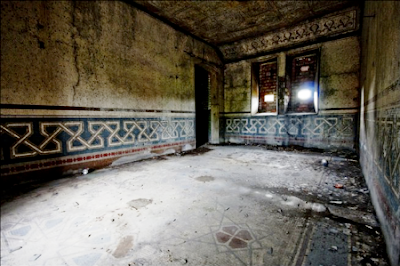 And tomorrow looking at the baths today courtesy of Ron Stubley