On finding Miss Leete of Didsbury


Now I was recently in Didsbury in search of Miss Leete who lived at  Poplar Grove, which was 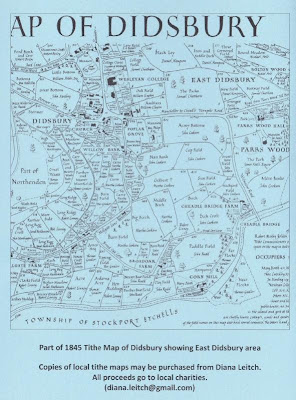 an impressive house set in extensive grounds east of the parish Church along what is now Wilmslow Road.

She was a member of the Ladies Committee of the Anti Corn Law League Bazaar which in the May of 1845 had organised an event at Covent Garden which raised £25,000 for an out lay of £5,713 and did much to publicise the Anti Corn Law League which in turn had been formed to campaign for the repeal of the Corn Laws which banned the import of cheap foreign cereal till the price of home grown corn rose to 80 shillings a quarter.

And as sometimes happens with historical research I couldn’t find her and it was not till I discussed Miss Leete with Diana Leitch that I discovered why.

Diana is a fellow historian and has written extensively on the history of Didsbury and south Manchester, and my failure to find Miss Lette turns on nothing less complicated than a miss spelt name. 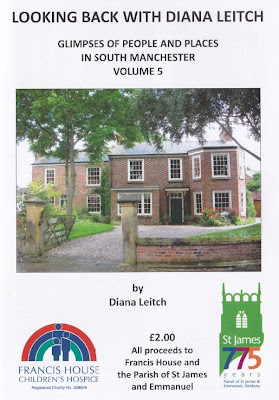 Miss Lette was in fact Miss Leech whose family were prominent in Manchester politics with links to Poplar Grove and so it all fell into place.

Now armed with this knowledge I can  fully understand how a young woman in an area still partially rural would be campaigning for something which many might have seen as harming the farming interests.

But us historians are mindful of each other’s areas of research and as I have often said I can see no reason to reproduce stories for which someone else has done the research and written the piece.

And I am hoping that Diana will write about the Leech family given that she has kindly agreed to contribute to the blog.

Along with her regular articles for the South Manchester Reporter Diana has written books on Didsbury, which are available with a collection of tithe maps from Diana at diana.leitch@gmail.com.  All proceeds go to local charities.

Pictures; by courtesy of Diana Leitch
Posted by Andrew Simpson at 03:30

Email ThisBlogThis!Share to TwitterShare to FacebookShare to Pinterest
Labels: Didsbury