Those Chorlton bomb maps and the secrets they reveal


I have spent the morning wandering across the bomb maps for Chorlton.  These are the three maps which are part of the collection which record where the bombs and land mines fell and the extent of the damage done during 1940 and 1941. http://chorltonhistory.blogspot.co.uk/2012/12/new-chorlton-bomb-maps-of-1940.html 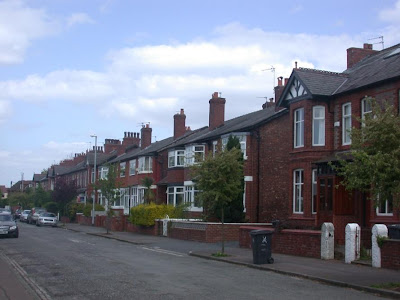 They were compiled by staff at Manchester Corporation and have just been published on line.*

Here, marked out in different colours are the locations of fire bombs, high explosive bombs and land mines, along with how badly some of our buildings were damaged.

Now as we approach the seventy-second anniversary of the worst two nights of bombing on the nights of December 22nd and 23rd it is quite salutary to see just how many fire bombs fell.

They far outnumbered high explosive bombs and land mines, and must have been terrifying given that the fire service would have been at full stretch. 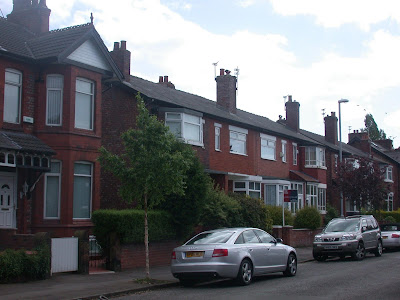 What is remarkable is how so few of either type of bomb fell on properties, most ending up in the middle of roads or what was still open ground out towards the Mersey.

Not that this is to minimise either the destruction which was done or the loss of life.

I don’t suppose there is anyone today who could tell me about David Herbert, or Alfred Bowlers.

Both were living in Cavendish Road  on the night of May 1st 1941 and both of them died in the early hours of the following morning. According to the records May 1st 1941 was a quiet night.  There were only nine casualties on that night from German bombing.

It just so happened that David and Alfred were two of them.  Of the remaining seven all were from Chorlton and only one survived to be admitted to Withington Hospital. 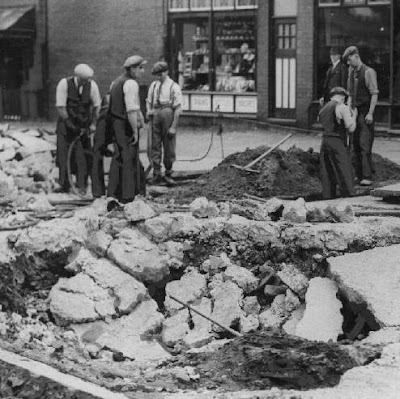 There are those who have firsthand accounts of some of those awful nights and Geoffrey Williams has promised to write about what he remembers when Egerton Road was hit.

Then there is the physical record which is visible around Chorlton where buildings had to be replaced and lastly there are some photographs.

But the maps provide the overview and remain a very powerful insight into the extent of the bombing during 1940 and 41.

That said they also have for me a second and equally fascinating use because they were drawn up in 1927 and updated in 1933 which allows us to track the development of Chorlton since the beginning of the twentieth century.

There was still much open land, all of the larger grand houses were still intact and the Corporation had yet to change some of our road names.  Moreover it is now possible to explore the brickworks whose kiln was on the site of St John’s School.

Email ThisBlogThis!Share to TwitterShare to FacebookShare to Pinterest
Labels: Chorlton bomb maps, Chorlton in the 1940s, Manchester in the 1940s