Now on a bright sunny September day with all the promise of an autumnal adventure to come, I couldn’t resist featuring Ron’s picture. 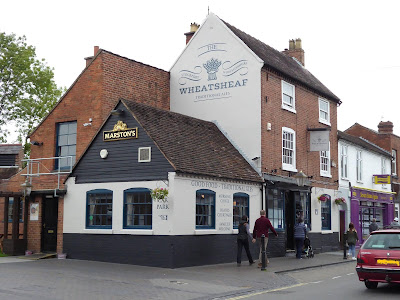 He says with some truth “Not a ghost sign but the way pubs are closing down, who knows?

Taken on the main street in Stourport-on-Severn.

Nice to see that gable ends are still used for advertising.”

And I of course I have to agree with him.

That said I doubt the owners of the pub or the brewery are quite ready for it to be described as a ghost sign given that these are often all that is left of a business or product that has long ceased to exist. 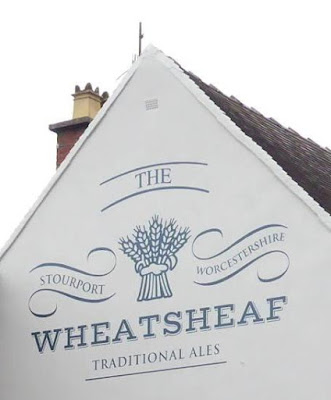 Still I like it and as Ron says it’s good to see that the tradition of painting a sigh on a wall and advertising  is still with us.

And for those with an interest, according to WHAT?UB, it is a "Busy high street pub in the heart of the Georgian town of Stourport, and refurbished in 2017.

It has two rooms known as the Big Bar and the Little Bar. The Little Bar is used for serving Sunday dinners and pub meals during the day.

On Tuesdays and Wednesdays during the Winter into Spring, Bank's bitter and mild are on offer at £1.99/pint. Three real ales from the Marson's list."

Picture; The Wheatsheaf, 38-39 High St, Stourport-on-Severn, 2017, from the collection of Ron Stubley