I just wonder what Mrs Lomas of Hough End Hall made of the creeping urbanization which bit by bit encroached on the land surrounding her home and farm.

The Lomas family had lived in the hall from the late 1840s.

Back then her uncle in law farmed over 200 acres stretching east into Withington and west up to the borders of Chorlton-cum-Hardy.

But at the beginning of the 20th century speculative builders had begun putting up houses along Sandy Lane and Nell Lane and a little later during the Great War the aerodrome occupied land to the rear of the hall.

That said there was still plenty of open land during the early decades of the last century.

In 1925 when the photograph above was taken the hall still appears to be in splendid isolation with just a hint of housing to the north.

Now appearances can be a little deceptive because while the Brook continues to flow through open fields, the land directly opposite the Hall had become Chorlton Park and Nell Lane had been widened.

Seven years later the area to the south of the hall was filling up with Corporation housing and dominating the corner of Nell Lane and Mauldeth Road West was the Southern Hotel.

Mrs Lomas died in 1940 and by then the farm was down to just over 3 acres and a large belt of land out towards Whalley Range had also been built on.

I wish we had a diary or some letters from Mrs Lomas which might shed light on what she thought, but at present there is nothing all of which just leaves me with these two pictures. 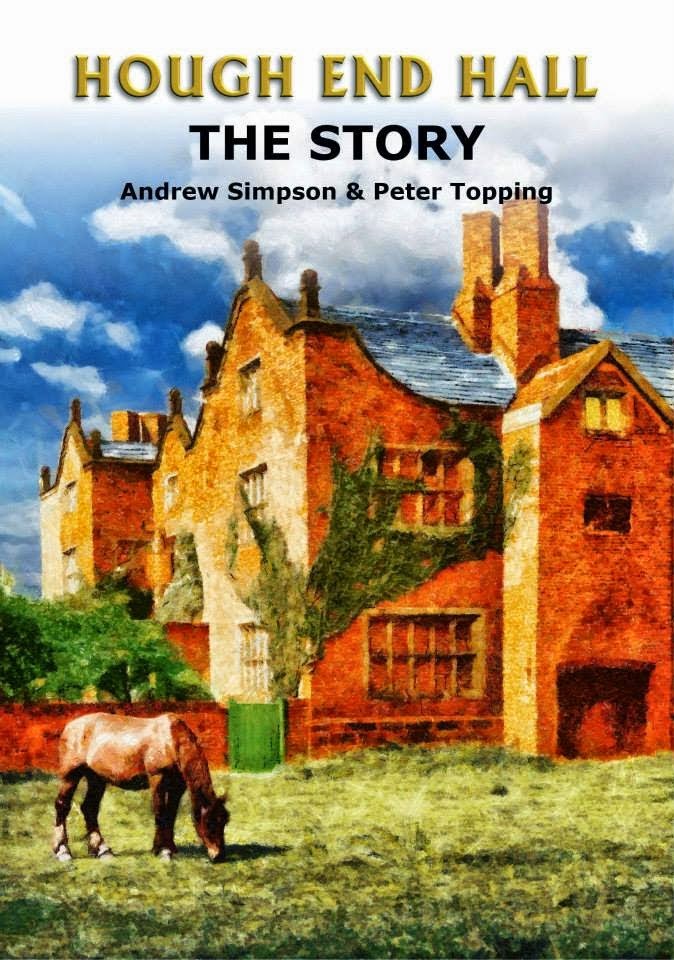 The full story of the Hall, some of the people who lived worked and played there can be found in the first book exclusively devoted to its history which will be published later this year under the title, Hough End Hall, the story.

Pictures; Hough End from the air, 1925, Imperial Airways, m72046, and the Southern Hotel and land to the south of the hall in 1933, N S Roberts, m72051, courtesy of Manchester Libraries, Information and Archives, Manchester City Council, http://images.manchester.gov.uk/index.php?session=pass