Hardy, lonely outpost on the edge of the township

Hardy is that bit of Chorlton-cum-Hardy that most people are vague about. 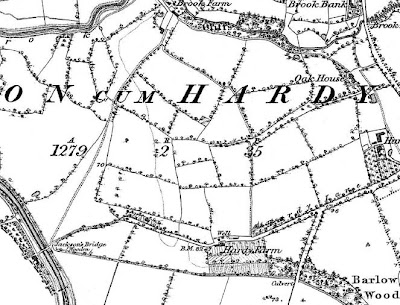 It stretches east from the village and follows the river up past Hardy Lane and was a lonely outpost on the edge of the township.

Across its land were two farms a small hamlet and a little beyond the grand old house of Barlow Hall and the very large and impressive Barlow Farm.

A large part of Hardy was buried under tons of rubbish and the farm disappeared with the development of UMIST playing fields. 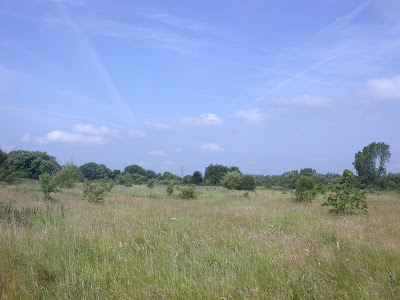 Back in the 1840s Charles Wood farmed 60 acres of meadow and arable land and employed three farm servants.


His home at Hardy Farm was on the edge of the flood plain and while he was safe enough the same was not so of the small collection of cottages which were situated a little further south.

In 1841 there were only two of these cottages left which were owned by Samuel Dean who farmed Barlow Farm and they were occupied by John Marsland John Burgess.

Both men were agricultural labourers and probably worked for Dean on his 300 acres.  John Marsland lived with his wife Mary and three grown up sons, Thomas, James and Charley who were also farm workers and John Burgess lived in the other cottage with his wife and son.

I doubt that they were little more than one up one down properties made of wattle and daub with a thatched roof.  A few of these survived into the late 19th century.  Our two had a garden and either relied on their own well for water or used the one up at Hardy Farm.

Sometime in the early 1850s the cottages were abandoned after the Mersey had flooded, but even before then both families had moved on and out of the township, although Charles Marsland had continued working for the Dean family and now lived at Barlow Farm.

It must have been a pleasant enough spot when the sun shone but remained a lonely remote place much favoured by those indulged in illegal prize fighting, but that as they say is another story.

Pictures; Hardy Farm and the land to the east and south from the 1841 OS map of Lancashire, courtesy of

Digital Archives, http://www.digitalarchives.co.uk/ and the meadows before the metro link from the collection of Andrew Simpson