On discovering Stockport’s own Cattle Market …………….

Now, when you are a stranger and unfamiliar with the history of a place you can be forgiven for stating the obvious and even more so if you discover something which everyone else knew about. 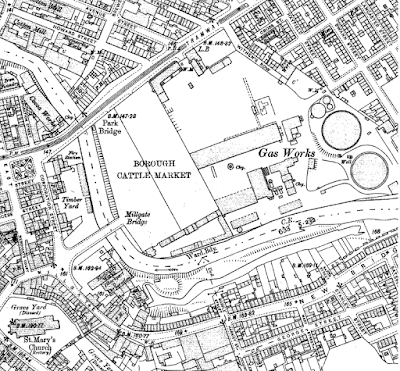 So, I had no idea that Stockport had its own cattle market which was sandwiched between Great Portwood Street and the River Goyt in a pocket of land which backed on to the Gas Works.

I suppose I shouldn’t be surprised, given that during the 19th century it was still the practice to bring live animals into our towns and cities, to be butchered by family businesses and sold on to their customers.

In the 1950s, I spent great chunks of time while on holiday with my grandparents at the Derby Cattle Market, which I suppose was what passed for a special treat.

So, with this in mind I went looking for references to the Stockport Cattle market. 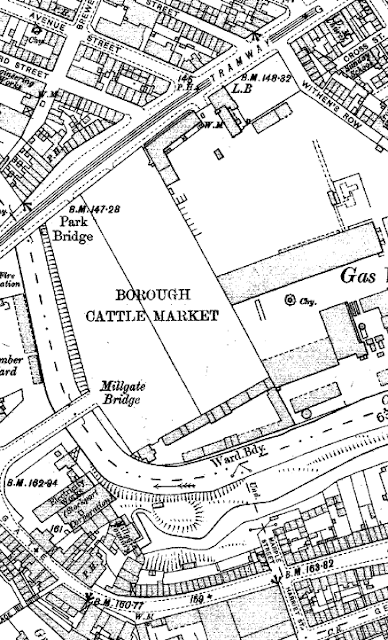 Today the site is occupied by the retail park which include, Matalan, Next, Boots and Argos, and so I am confident that there will be people who remember the area before the recent development.

And in turn will be able to point me in the direction of pictures, maps and descriptions of the market and its final demise.