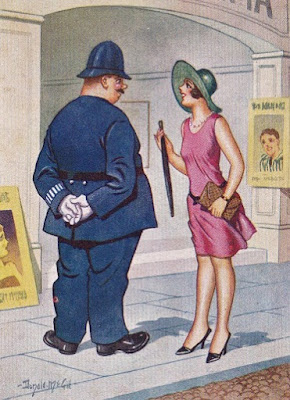 “A wer standin’ on the corner eatin’ apple pie,
A policeman asked for a skinny bit so I poked him in the eye.
He went an’ told mi mother, mi mother wouldn’t come,
So I went an’ got a lollypop an’ stuck it up his bum.”

Now when I was a kid one of the most popular playground chants revolved around  popular TV westerns, where Rawhide, Laramie and the Cisco Kid were thrown together and the story played out using their names set against impossible things they did.

I don’t remember any of them anymore, but still repeat for the amusement of our grown up lads some that date back into the early 20th century.

I would like to pretend I had collected them in the "field" but in fact I heard them on an LP by the Oldham Tinkers in the early 1970s.* 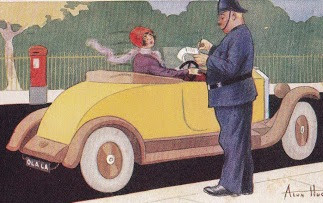 They made me laugh then and still do today.

For some the expressions may seem odd, and you will have to affect an Oldham accent to do justice to them and that I suppose is a bit of the challenge.

Stick with it and you are back in the early decades of the last century somewhere in the North.

That said I bet the same chants could be heard in the playgrounds of South east London, and as far away as Belfast and Devon.

Pictures; from the collection of Ron Stubley

Email ThisBlogThis!Share to TwitterShare to FacebookShare to Pinterest
Labels: Playground chants and songs