There is a real sense of satisfaction at finding out something about a young man who would otherwise just be a name in a cemetery. 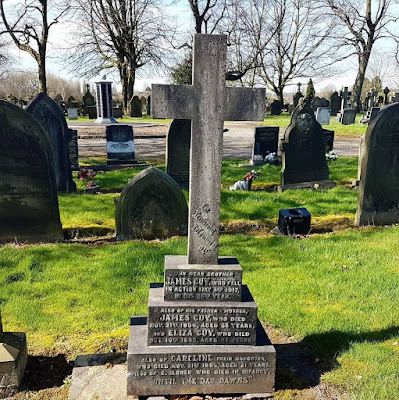 His name appears on the family gravestone in Leigh Cemetery and it is another of those recorded by Antony Mills.

James was just 13 when his father died and as his mother was also dead it appears he went to stay with his aunt.

He was a baker by trade and some between 1911 when he was living with his aunt and four years later he settled in Canada where he enlisted in the Canadian Expeditionary Force on 13 December 1915.

He died on May 3rd 1917 and is buried in La Chaudiere Military Cemetery, Vimy.

Now given the date and the place I suspect he was part of the Battle of Vimy Ridge which lasted from April 9 through to April 12. 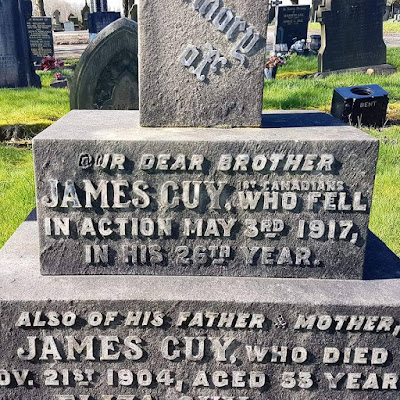 In the course of the battle, 3, 598 Canadian soldiers were killed and it seems likely that he died of wounds sustained in the fighting,

On his Attestation papers he gave his sister Mrs Forbes who lived in Bolton as his next of kin and he was living in Brantford which is a town in south western Ontario.*

It isn’t much but at least when I go to Leigh Cemetery I will have a little knowledge of this young man.

Picture; the gravestone of the Guy Family, Leigh Cemetery from the collection of Antony Mills