Living in Sibson Road, more from the lives of those who lived in Chorlton in the 1930s

Another story from Sally Dervan 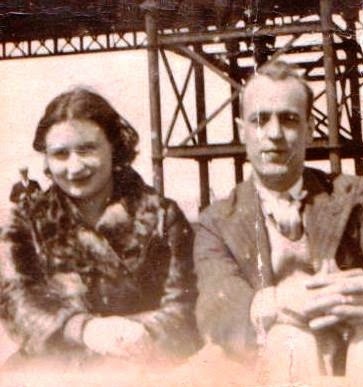 This story starts with me looking through a box of old photographs and finding a photo of my nana and grandad sat under the pier at Blackpool.

The funny thing is, in almost every one of my childhood memories, my Nana always comes as "one of a pair" but the other half of the pair was not usually my Grandad.

My Nana and her sister Lily were as different as chalk and cheese, despite this, in later life they spent most of their time together. Their bickering was constant and their outlook on life, poles apart.

Lily was anxious, a "worrier” where my nana was practical, down to earth and seemed to shrug off problems.

As a child , my mum was very fond of "Auntie Lil " she would turn to her rather than to her own mother for comfort and a sympathetic ear , knowing that my Nana would be very likely to tell her to "shape herself " rather than  give a hug or any sort of comfort . 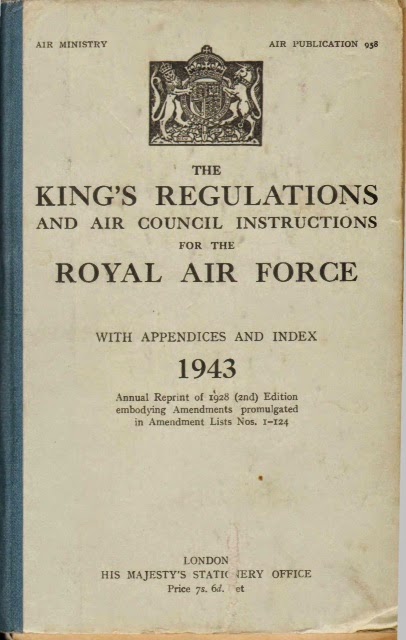 Two very different people who had some spectacular rows but always supported each other when life dealt them a bad hand.

At certain times in their lives, one would prove to be just what the other needed.

All though they lived most of their lives in Manchester, the sisters were actually born far from there, in Coolfin Street, Belfast, Northern Ireland.

When they were young children they moved with their parents and four brothers and sisters, "over the water” to Manchester, where their father, Fred, had obtained a position as an overseer of a commercial laundry. The family lived in a "two up two down" house in Thompson Street Levenshulme, with their mother Minnie supplementing the family income by working alongside her husband as a laundry assistant.

In 1930 when she was 22, Lily met David Ridgway at a dance. David was a clever young man, from Flora Street in Hulme, similar back to back terraced housing to Lily's home in Thompson Street.

The pair were about to take a step up, David got a good job and on their marriage in 1931, they settled into semi detached suburbia, buying a house off Sibson Road in Chorlton.

This spacious semi with a long back garden must have seemed like heaven to Lily after the sooty streets of Levenshulme. Lily set about the task of "homemaking” with enthusiasm. 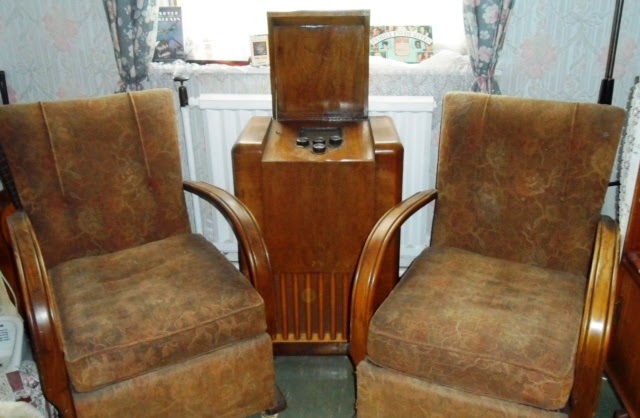 One of her first purchases being a pair of matching fireside chairs .Their brown upholstery and elegant “Art Deco" curved wooden arms made them both stylish and comfortable.

I have no doubt that Lily and David envisaged many happy hours sat either side of the fire in their chairs in the years to come.

Sadly that image of domestic bliss was never to be, with the advent of war; David joined the Royal Air Force Volunteer Reserve, progressing to Pilot Officer.

Tragically, David was shot down and killed, over France on 16th September 1943, aged 35 and his remains laid to rest far from home, in Pont Audemer Communal Cemetery in France.

Lily remained in the Chorlton home they had shared together until her death in 1998, aged 90. I remember their house fondly from childhood, always neat and tidy with a kitchen pantry that was as cold as any modern fridge, and a white duck as vicious as any guard dog that lived in the back garden.

And in the little used front parlour, the room kept "for best" stood two fireside chairs.

Pictures; from the collection of Sally Dervan