Memories of one house on Beech Road 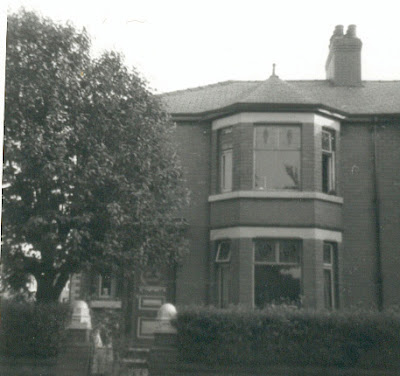 My mother always reckoned that if there was one certainty in life it was history.  After all as she would say “a fact is a fact” and so if you found enough of them and put them together you had a pretty clear idea of what happened in the past.

But as I have learned it is how you put them together, and what you want to make of them and so just because the world thinks Richard 111 was a thoroughly bad chap and that the Battle of Hastings was on balance a good thing, these are judgements which only work if you choose your facts selectively.

Now over the last few months I have been writing about the house we live in, http://chorltonhistory.blogspot.co.uk/search/label/The%20story%20of%20a%20house

It began as affectionate set of stories about One hundred years of one house in Chorlton, or the continuing story of the house that Joe and Mary Ann Scot lived in for over 50 years and the families that have lived here since.  And as it bumped along over 16 episodes it turned into a reflection on how Chorlton has changed.  I too have been selective about the changes I chose to write about and the pictures and facts that helped tell the tales, which meant it remained a personal account of the place I washed up in during December 1976, and bought a few years later.

So it was with a lot of pleasure that I realized that my old friend Lois who also lived here had written about her memories of the same house at the same time http://loiselsden.wordpress.com/2012/05/20/a-house-with-a-heart/

It is a wonderful take on how a house becomes part of the people who live in it, and just goes to show what facts can do when used by a good writer.

Picture; the house sometime in the mid 1970s, from the collection of Lois Elsden

Email ThisBlogThis!Share to TwitterShare to FacebookShare to Pinterest
Labels: Other people's stories, The story of a house