The war diary lost in a celllar 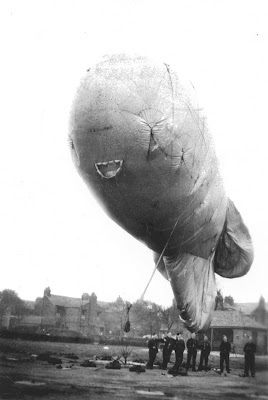 Now I belong to the generation that grew up directly after the last world war.

Neither my parents or grandparents talked much about it and so most of what I knew came from those old British “stiff upper lip steady as you go” movies and the bombsites which littered where I grew up.

These I took for granted, played on them and just occasionally wrenched “treasures” from discarded corners.

It has become a bit of a family joke, where my boys fake a London accent and lampoon me whenever I talk about playing on bombsites.

But then that was what we did.  London was full of them.  The rubble had been cleared away and the remnants of buildings made safe but they were everywhere.

Just across from us where a row of six houses had been hit, there was still a gigantic brick water pit, made from clearing the debris from the cellars, bricking up the sides and filling it with water to assist with fires during raids.  And less than five minutes walk away was another.

Now I write about these not out of some cosy nostalgic post war reminiscences but more as a reflection on how that war had impacted on the first peace time generation and as a reminder of how those very visible signs of the conflict have all but vanished.

The bomb sites have been built on, most of the temporary air raid shelters put up in back gardens have rusted away and even the painted signs indicating public shelters are so faded that they are beyond recognition.

So it was a delightful surprise when my friend Linda told me of the discovery of a war time diary painted on two plywood boards and nailed to the coal cellar walls of her house on Claude Road.  They were the work of young student at Whalley Range School who kept a record of the air raids during 1940-41.

They are a mix of what was happening here in Chorlton with descriptions of the raids on Manchester and further away.  And what makes them so valuable is that they record those tiny events which never make the headlines, but are central to the lives of the small people caught up in a great moment in history.

And so on Tuesday October 9th 1940 there was from 8.23 till just gone 10 “everything with incendiaries in road behind” and on the following night “the worst yet Very prolonged Plenty of HE’s [high explosive bombs].  Lot of line bombs round here” and in the early hours of the next morning there were “incendiaries in Ville.”

It is easy to get a sense of the fear and the dread of the unknown.  Some of the comments just refer to the “sound of guns” or “the sound of a plane” and “Explosions in the distance” as well “distant light gunfire” or “guns and bombs, but long wait in between.”
This is warfare experienced from the cellar or from the shelters, of sitting in a darkened space trying to make sense of noises which at best were some distance away and at worse getting closer.

The entries continue into the March of 1941 and then stop abruptly on the night of March 17th which is odd because according to one source Manchester continued to be bombed throughout the war and was even a target for a V1 raid on Christmas Eve 1944.

Now I know that this not the stuff of big history but it is the stuff of ordinary history. So far there is very little that has been published about the impact of the war on Chorlton, and sadly the bank of living memories have not been fully recorded.*  All of which means that this compliments the little which already exists.

I am well aware that as yet I have not verified the entries but I have no reason to think that they are not accurate, and as such and until something comes up to challenge them they are a remarkable.  And unlike the bombsites, air raid shelters and faded signs they are still here as testimony to a conflict experienced by a young girl.

*These include
Bomb Census Manchester, Richard Moss, www.culture24.org.uk/places+to+go/north+west/manchester/art29704
Chorlton & the Blitz, Bernard Leach, Chorlton Civic Society, 2008
Luftwaffe over Manchester, Peter J Smith, 2003,
Memories of Chorlton, Chorlton Good Neighbours 2011
And various accounts collected by me, some of which have appeared here at http://chorltonhistory.blogspot.co.uk/search/label/Chorlton%20in%20the%201940s

Picture; Barrage Balloon on the Rec by Beech Road from the collection of Alan Brown

Email ThisBlogThis!Share to TwitterShare to FacebookShare to Pinterest
Labels: Alternative histories, Chorlton at war, Chorlton in the 1940s