One night on the streets of Manchester in 1878


Sometimes what we choose to research and write about can be uncomfortable and more than a little unpleasant.

Now anyone engaged in the story of British Home Children will be aware of just how harrowing the lives of many of these children were during the 19th century.  In the absence of a co-ordinated State welfare system and set against a backdrop of great poverty and deprivation many lived uncertain lives with few prospects for the future and the ever present danger of a descent into crime. 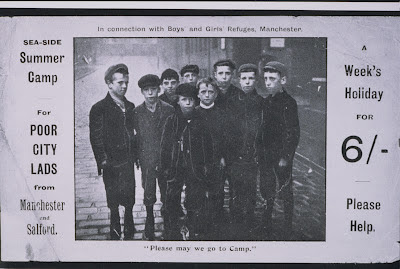 And it is easy to forget this when we focus on how badly treated some of these children were when they arrived in Canada to start a new life or when we debate the correctness of rescuing children and sending them to a new country.

I am the first to admit that I have given only a passing acknowledgement to the plight of these children here in Britain and have tended to lump them together. My own starting point were the workhouse children who like my great uncle were “given a second chance” by the Poor Law Guardians because they were either orphans or like him from a broken home who at the age of fifteen was already causing concern.

And then there were those who for whatever reason were already on the streets fending for themselves.  In between there were others from families where the parents were at best neglectful and at worse brutal and violent.

It is these that I came across recently.  The Manchester and Salford Boys and Girls Refuge had been set up in 1870 to cater for the destitute children of the two cities and in the course of this work had come across youngsters who maintained themselves or contributed to the family income by selling in the streets.  It was as the historian of the Refuge wrote “a scandal and disgrace to our city”* and continued until 1901 when the Corporation obtained the power to regulate street trading by children under the age of 16.

It was of course not confined to Manchester and Salford and some places like Liverpool had been quicker to act.  In an effort to highlight the “scandal” ten members of the Manchester and Salford Refuge went out on the streets on a Monday night in 1878 to “systematically investigate the condition of all children found hawking within a certain radius between the hours of 9pm and midnight.  The plan pursued was to enter into conversation with the children; if their little remaining stock of paper or matches was an obstacle to their returning home, to purchase it and then accompany them to where they lived, thus obtaining correct information not only of the children themselves but of their surroundings; and how far the circumstances of their families afforded any excuse for their being there upon the streets at such an unseemly hour.”** 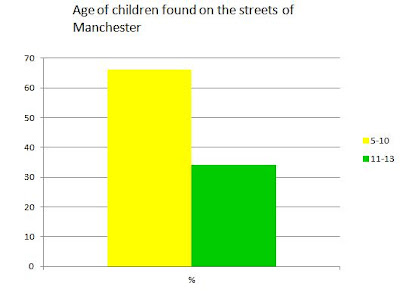 Now it was only one night, the number interviewed ran to just 50 and the number of streets covered is not clear but the findings do not make for easy reading.

Over two thirds of the children were under 13, just under a third was from single parent families and only nine of the fifty were “out owing to the poverty of the deserving parents.  The balance of 41 were either out to help support drunken parents or owing to the neglect of careless parents.”

Of course there may be a degree of subjectivity here and I want to go back to the original detailed reports which should be available.  But they are confirmed by contemporary newspaper reports.  The Manchester Guardian wrote that “the great majority of children in the streets late at night were there to find money for drunken, vicious or careless parents.” 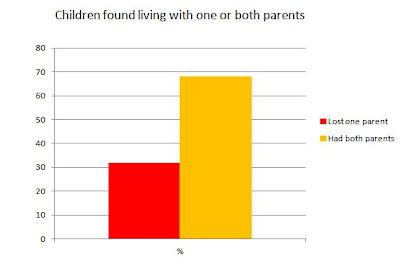 While letters to the press highlighted similar examples.  In 1885 the secretary of the Refuge wrote that on one Saturday night with “a bitter wind driving the sleet like fire along the streets; many of the poor little wretches who crowded Market Street and Blackfriars had scarves tied round their hats to keep them on their heads; even as we , well clad as we were, got wet.”

The children were selling the early editions of the Sunday papers and might be expected to continue till one in the morning.  “Two little chaps under ten years of age told us they had to stop out all night selling; another had the key to of the house in his pocket and quietly let himself in at 2 a.m. dreading to disturb those who should have been themselves the brad winners.”

We can play the numbers game and reflect that this might be just a small sample and yes more research needs to be done, but even so it is something of an insight into the plight of children on our streets and helps understand the motives of those engaged in the rescue work.

Of course this does not ignore the fact that such activities should not have had to go on in one of the greatest cities in the country, where the wealth of the few was paraded for all to see in the fine Exchanges, and well to do homes.  Nor should we forget the resistance from many MPs to moves to regulate child street trading.

But here we have the start of a detailed analysis of the problem which I hope allows up to step away from statistics to appreciate the awful picture of child neglect in one city during the 19th century.