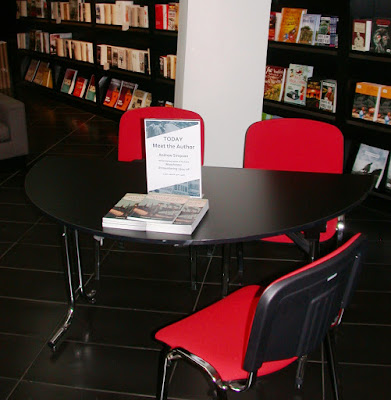 Now in the course of writing the book I put on record my thanks to a lot of people, from those like David Harrop who sourced much of the material, to the individual stories and items supplied by many more people, and of course the encouragement of family and friends.

And today it is the turn of the staff of the Imperial War Museum North, who yesterday went out of their way to make the book signing of Manchester Remembering 1914-18 both a success and a very enjoyable experience.

Leah at the History Press had suggested the venue and Kieran at the London office of the Imperial War Museum set everything up and then it was down to Jack and his staff in the museum. 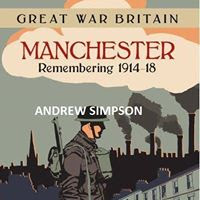 There can be nothing lonelier than sitting in a venue with a pile of books, a pen and the expectation that someone will come and talk to you.

But yesterday the staff ensured that I was no “Billy no mates”.

I was offered regular refreshments, followed that up by coming across and talkeing to me about the book and sharing some of their family stories of the Great War, added to which  Jack bought a copy

And there were others from Gemma who lived close by and whose father had some remarkable stories of his war service and Mike and his daughter whose grandfather had died on the Western Front.

Added to all this I met a chap from Austria whose father had been in the German Army, had fought on the Eastern Front and was wounded at Monte Casino losing a leg and later after being captured by the French spent time in a POW camp in North Africa.  He was repatriated to Austria in December 1944 as part of a prison exchange. 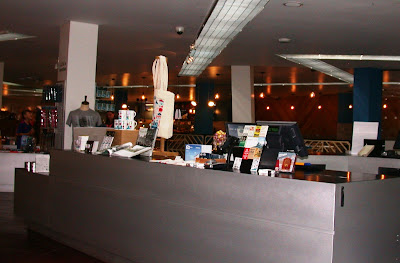 And listening to all those stories in a place dedicated to the experience of war was a bonus.

So thank you to the Imperial War Museum North and in closing I shall just add that the revamped ground floor is a must to visit.  The cafe has been relocated to the foyer make it a very welcoming spot to start or finish a visit.

Pictures; inside the museum 2017 from the collection of Andrew Simpson

*A new book on Manchester and the Great War http://chorltonhistory.blogspot.co.uk/search/label/A%20new%20book%20on%20Manchester%20and%20the%20Great%20War