Now I have to say Andy got a better day when he was up by the Cat and Fiddle than we did. 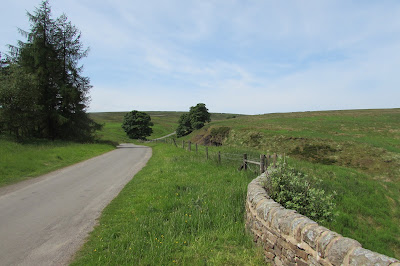 In our case we were passing through obeying the instructions of the sat nav which not for the first time took us on a long and roundabout route home.

Added to which what had been a hot sunny day turned into a grey dismal one with the clouds looking heavy and threatening.

No sooner had we left the area and the sun came out again, the temperature climbed and all was well.

What I didn’t know was that we had been on the boundary between Cheshire and Derbyshire and that close by was not only a picturesque old bridge with a coaching history but evidence of an industrial past.

Andy told me that “on Monday we had ‘half a day-out’. 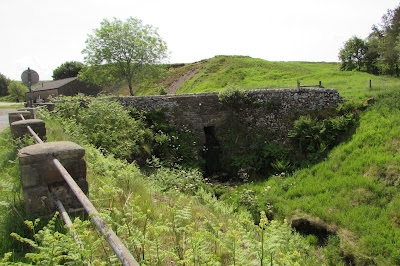 Went to Cat & Fiddle on A537 Macclesfield to Buxton Road for a cuppa and the facilities but it was closed.

Looking for a place to eat our emergency sarnies we turned down this track less than a mile away and it led to Derbyshire Bridge which was (still is?) boundary between Cheshire and Derbyshire.

There was also a decent toilet there and a free, deserted car park. 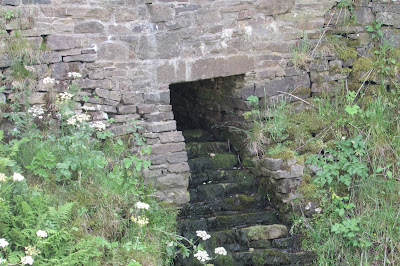 Turns out this track was the original Macclesfield to Buxton coach road (2nd image from bottom).

The bridge looks quite interesting.
Coal was mined not many yards from here. An innocent day out and you still accidentally stumble upon history!”

That said it appears that the Cat and Fiddle no longer sells beer. 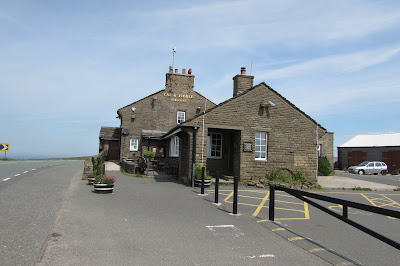 So it was perhaps fortuitous that I decided not to suggest we call in , after all it had been my choice to use the stat nav.

But given Andy’s pictures of the bridge and the surrounding countryside I think we should go back, receded perhaps by some solid research into the story of coal mining in the area and of course something of the coaching past.

Location on the original Buxton to Macclesfield road

Pictures; on the original Buxton to Macclesfield road, 2017 from the collection of Andy Simpson