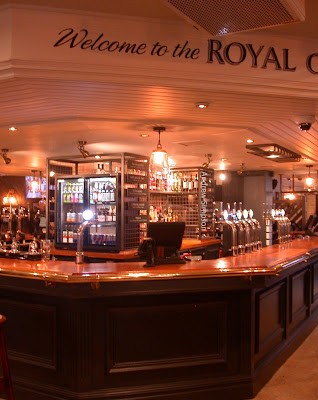 Now the Royal Oak was an impressive place when it first opened sometime in the 1930s.

And after a quarter of million pound refurbishment it is again.

The grand opening is at 7 this evening, but as you do I got a sneak preview this afternoon courtesy of Christine the landlady.

The money has gone on new windows, a state of the art cellar and revamped sound and visual system along with new furnishings and much more.

I am the first to admit that my photographs are a bit amateurish but they will be the first to be seen on the blog and beyond.

So with that in mind I wish Christine, her family and the staff all the best tonight along with the owners Green King. 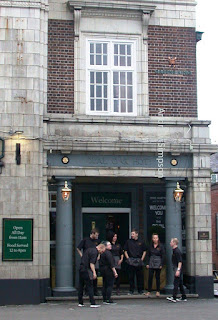 The present pub, stands just a few yards from the original Royal Oak which opened its door in the early 19th century and served the local farm labourers and itinerant traders who made their way into Chorlton from the city.

And for those who want to know more, it would have been the first pub the Sunday travelers encountered on their walk from Manchester into our township. 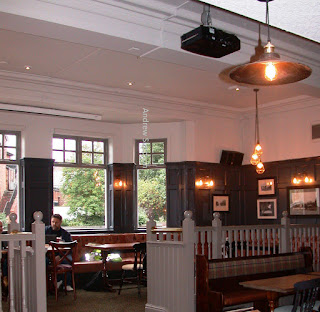