The Maple Leaf Flag, the European Union, and that house in Ingersoll

Now Ingersoll is one of those places which my Canadian cousins talk about. 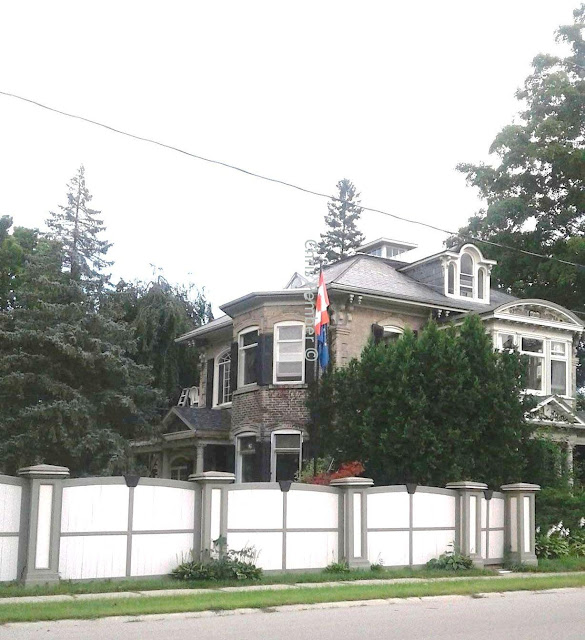 It is a town in Oxford County on the Thames River and is in south western Ontario, with a population of just 2016. 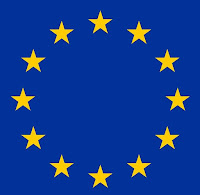 The nearest cities are Woodstock to the east and London to the west, and on a visit our Chris took this picture, commenting,  “this is a house in Ingersoll, typical of the Victorian architecture you'll see in the older part of town.

However, if you look closely at the flag pole, you will see under the Canadian flag, the flag of the European Union”.

And that has to have a story, although at this stage I am not sure what it is.

But Chris has promised to find out adding, “I will make an effort to get a better picture at some point, with both flags flying and in better light” although I think the image he sent is fine. 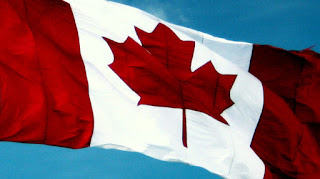 Still it would be interesting to know why the flag of the EU is there in Ingersoll.

And that just leaves me with the tale of the “Mammoth Cheese”, which was a giant wheel of cheese weighing 7,300 pounds.

It was made in 1866 to promote the area’s cheese industry and was exhibited at the New York State Fair in Saratoga, NY, and then in England.*