Now I have lived with the story of British Home Children since 2008 when I discovered one of my great uncles was migrated by Middlemore on behalf of the Poor Law Guardians of the Derby Union. 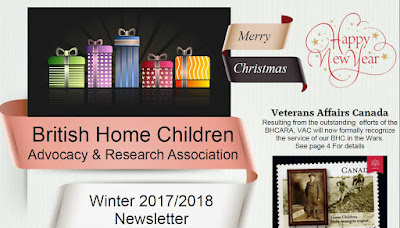 Like many other descendants of children sent from Britain to Canada during the late 19th and early 20th centuries the discovery that an unknown relative was migrated to a country in another continent was a surprise.

More so, because the evidence of his early life and the decision to send him, are at best fragmentary and in places non-existent.

He was one of 100,000 who were settled in Canada along with lots more who went to Australia and other bits of the old Empire.

Their story is still almost unknown in Britain while even in Canada it is not fully understood.

But during the 1990s there was a stirring of interest created by the first self help groups in Canada, which aimed to publicise the story and assist those who like me were engaged in trying to discover both the history of the scheme and something of my own great uncle.

With the growth of the internet and the digitisation of records it has become easier but there are still plenty of stumbling blocks with more than a few blind alleys and frustrating moments.

So it is pleasing that there are more self help groups being set up, many of which use social media to promote the subject locally and others with a wider perspective.

What all have in common is a desire to help individuals setting out to learn more about a BHC relative and to act as a forum for debate.

And that debate is increasingly important as British Home Children matures and becomes a serious area of historical study.

Some of the groups have their own newsletter and here I declare an interest because I write for the British Home Children Advocacy & Research Association.*

The December edition of their newsletter is out now.** 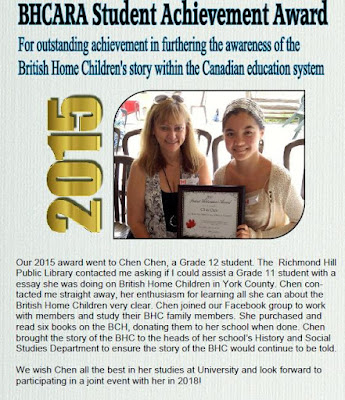 Here in Britain, there remains little that has been written on the subject the Together Trust which as the Manchester & Salford Boys’ and Girls’ Shelters dates back to 1870 has dome sterling work in both telling the Manchester story of that migration and helps anyone who thinks a relative was in their care.

So read the news letter, follow yo on the stories of BHC*** and the Manchester & Salford Boys’ and Girls’ Shelters**** on the blog, and then look out towards the other self help groups.


****The Manchester and Salford Boys’ and Girls’ Refuges,
Posted by Andrew Simpson at 02:30