Last night was one of those rare moments when an almost complete group of strangers came together to celebrate the place they live. 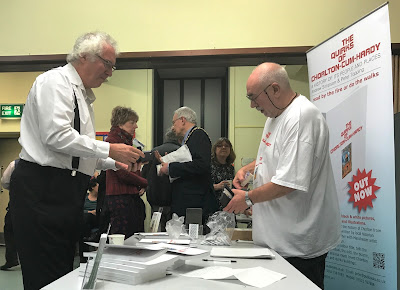 Of course not everyone who attended the launch of the Quirks of Chorlton-cum-Hardy in the Library was a stranger.

Many were friends, or colleagues and more than a few are in the book, while others were relatives of those we had featured.

To single out any one person at the “do” yesterday evening would be unfair unless I named them all, and with over sixty people in the room that would be a tall order.

But I will say a special thank you to Councillor Eddy Newman who is the current Lord Mayor, and who attended in both his official capacity and because he has lived here for over 30 years. 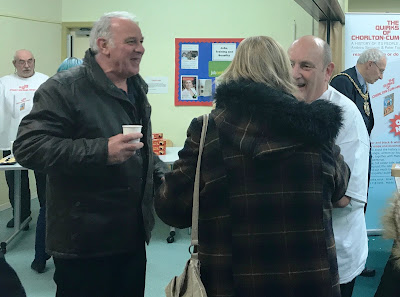 Now as everyone knows Peter and I are never backward about coming forward, and the blog as well as a host of social media sites are peppered with stories about the books and projects we have collaborated on, as well as the books I have written on my own and Peter’s frequent exhibitions of his paintings.

Leaving that aside, and acknowledging that this is in part an advert for the new book, last night was quite special.

We were there to share our interest and fascination about all things to do with Chorlton, but also to remember some of the people who were part of the community.

There are those who can be quite jaundiced about Chorlton, others who bemoan the way it has changed, and the odd individual who asks how many of you were born in Chorlton? 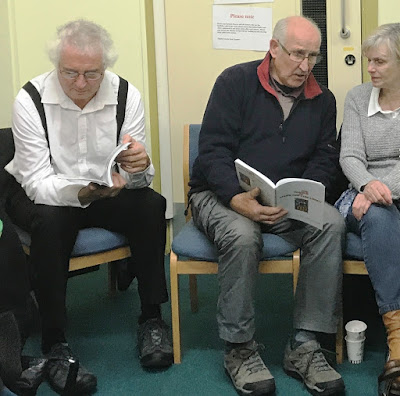 To which I have to say that neither me nor Peter were born here, but our six children were.

And that raises that interesting point about how much it matters that you were born in an area you call home.

I was born in Lambeth, spent my early years in Peckham before the family settled in Eltham, and I have been in Manchester since 1969 and in Chorlton since 1976.

And the history of Chorlton is and has ever been the story of new people.  In the mid 19th century the majority of our domestic servants who worked here were not born here, so that a visit to one of our fine houses or a walk along the lanes would have revealed accents from the Home Counties, the far north and across to Scotland, Wales and Ireland. 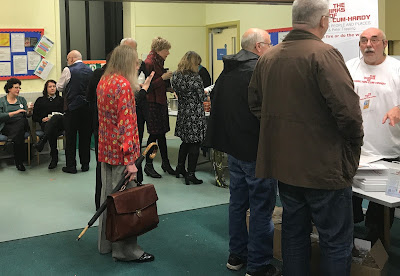 Half a century later and as the housing boom obliterated the old rural area known as Martledge a wave of new residents settled in and quickly called the place theirs.

So dramatic was that change, that our local historian Thomas Ellwood wrote 26 articles in the winter and spring of 1885 to ’86 describing the old Chorlton.

And that in part was the motivation behind the new book which launched last night and which sets out to tell the story of Chorlton and its people over the last century, but to do it in a slightly more light hearted way, featuring the bits that wouldn’t normally get into the history books, and the people who serious historians would ignore. 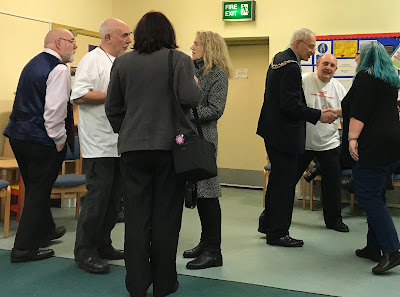 If you missed the event you will still have an opportunity to celebrate Chorlton, because between January 26-29th there will be an exhibition of paintings from a group of local artiest with the lose theme of the Quirks of Chorlton-cum-Hardy, hosted by Ken Foster’s Cycle shop on Barlow Moor Road.

To find out more about the January event as well as all the books written by me and Peter follow the link. 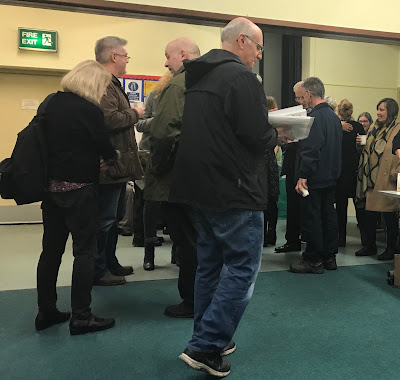 Pictures; the book launch for the Quirks of Chorlton-cum-Hardy, December 4, 2017, Chorlton Library courtesy of ALTOSOUNDS

*The Quirks of Chorlton-cum-Hardy, was published on November 16 and is available from Chorlton Book Shop or from http://www.pubbooks.co.uk/ or 07521557888

Email ThisBlogThis!Share to TwitterShare to FacebookShare to Pinterest
Labels: A Quirky book about Chorlton, Chorlton artist Peter Topping in collaboration with Andrew Simpson