Now it’s almost impossible to recreate an adventure you had when you were ten back in the summer of 1960. 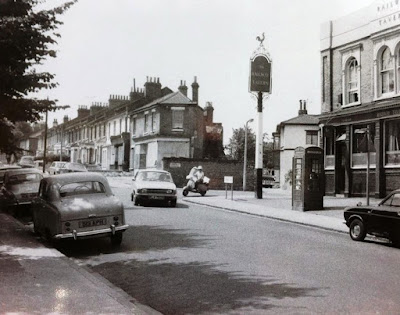 But as you do I tried and it was doomed to failure.

That summer had hung heavy and although some of it had been spent with my grandparents  the rest was the usual mix of various parks, the odd long walk and when flush with pocket money a train ride or a Red Rover bus pass which seemed to offer up the world.

Me, I preferred the train but there is no doubting the freedom those Red Rover’s gave you to wander the city for what was just 2/6d.

I never planned my routes just turned up, bought the ticket and went off.  Sometimes you struck gold and others were one of those long journeys to nowhere.

But for now it was that adventure in the August of 1960 which took us out beyond Lausanne Road and up Gibbon Road. 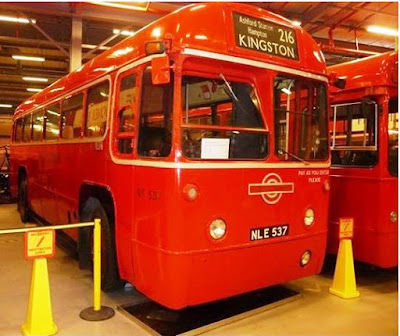 We had planned to spend the morning in the park at Rye Lane but instead of staying on Evelina Road had turned off on to Gibbon Road and by degree discovered the cemetery which was I have to say a bonus.

Once inside it was far more magical than a park, afforded the potential for all sorts of scary and daft things and held out the promise of a return when the conkers had fallen from the trees.

Of course when you do these things for the first time and especially by accident it’s always a bit problematical if the trip can be repeated.

All of which I knew when I set off to recreate that walk, but the passage of  55 years can be hard on the memory and confronted me with more than a few disappointments.

The first was losing the Railway Tavern which has lingered at the back of my mind ever since we came across it because t was here that we had stopped to ask directions. 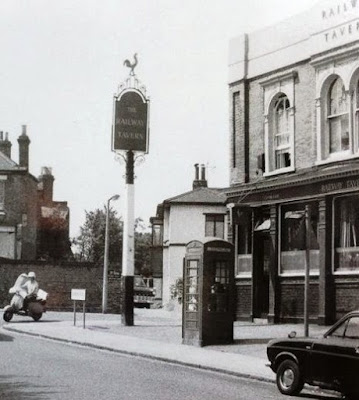 The pub was closed but the cleaners were in and the doors wide open and that distinctive smell of stale beer and polish permeated the entrance.

And if that wasn’t memorable enough this was where Jimmy dropped the bottle of Tizer which we had carried from home and which still was half full although by now it was warm and a little flat.

So I had good reason to look for the Railway Tavern only to find it had finally shut up shop in 2003 and been demolished three years later, making it another bit of my past that has been taken away from me.

The site is now new housing and comparing it with Adrian’s picture you would be hard pressed to make a match.

Still the old sign has been left although it’s not the picture I remember.

That said there had been one final bonus of the Gibbon Road jaunt and that was the discovery of the chip loaf.  Early on in the trip we had bought those small round loaves, and as walked we ate the inside. 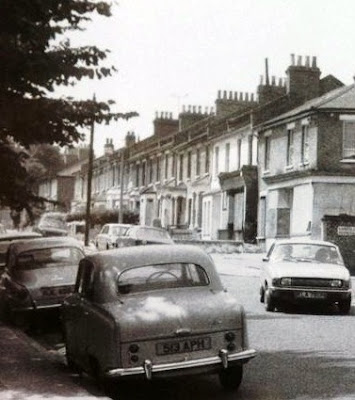 Then at dinner time we filled the inside with chips and sitting down somewhere along the way home ate the lot.

That at least is something I still occasionally do much to the horror of Tina who being Italian thinks the inside should be filled with a mixture of roast vegetables, a few slices of mozzarella cheese and handful of basil leaves all covered with a dash of olive oil.

I can’t disagree with her but point out that in 1960, the inside would be less sun dried peppers and more likely a pickled egg or onion with a sliver of cheddar and a dash of vinegar.

And they say nostalgia ain’t what it used to be.

Which is certainly true in this case because I indebted to Simon Mitchell who has corrected the date of the picture, commenting, "sorry to disagree Andrew, but that photo can't be 1960 as there is an Austin Allegro in the shot and they were not on our roads until 1973."

Not that Simon should apologise I am just pleased we have got it right.  Thank you Simon.

Pictures; the Railway Tavern, 66 Gibbon Road, circa 1970s, from the collection of Adrian Parfitt and a London Transport single deck bus courtesy of Jean Low, 2015