Now railway stations pretty much have it over airports. 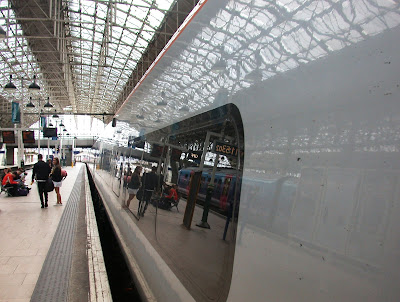 True you can’t travel as far and the duty free doesn’t exist but still they have been magical places since the first train from Liverpool pulled into Manchester in 1830.

Now one Sunday we patiently waited for the train for Sheffield, which I grant you isn’t as swanky as London or Edinburgh but it has a nice railway station with an interesting water feature and on the way there is some stunning countryside.

Of course even at Piccadilly there can be hiccups.  So having waited patiently on platform six for 20 minutes we had to move quickly to nu 10 because of “a platform alteration.” 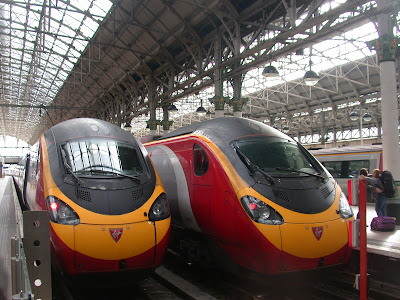 Nor was that all because despite having bought a ticket there were no seats and I stood all the way.

The guard apologised for the “usual overcrowding” and did so again on the return journey.

So in the case of that rail operator ..... less adventure and little promise of something new.

But that was a year ago, and perhaps all will be different next time.

Picture Piccadilly Railway Station, 2016 from the collection of Andrew Simpson