Now who said history should be serious?

There is a belief that history is a serious subject only to be indulged in by those engaged in bringing enlightenment and truth to the world. 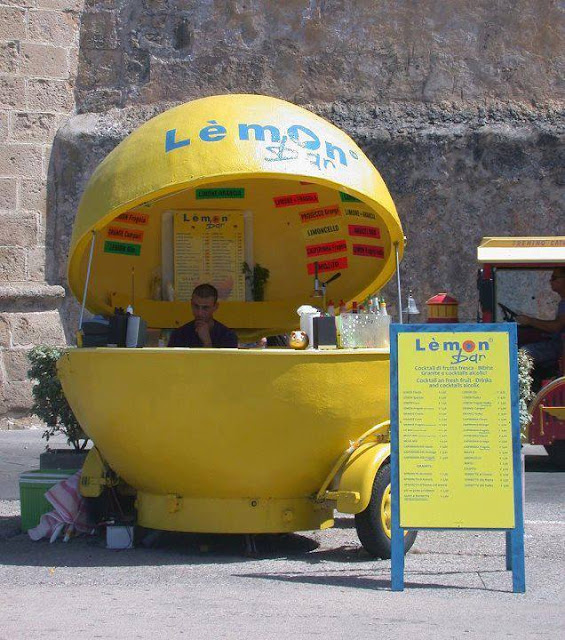 As an idea it has some merit but as Data said in a Star Trek film “we should all have a bit of fun everyday” and I might add, again and again and again.

So my friend, the Lemon Man from Alghero in Sardinia was most adamant that when you launch a new book on the history of somewhere there should be some funny asides.

And with that in mind Peter and I along with a host of local people will have a smile at some of the stories in the Quirks of Chorlton-cum-Hardy, which will be launched officially at Chorlton Public Library tomorrow starting at 7 pm.

There will be some serious bits, but the mulled wine, mice pies and the tale of the lost ferret and the missing tram will more than make up for any serious asides.

Picture; The Lemon Man reads the history of Alghero in a giant lemon, 2014, from the collection of Andrew Simpson

Email ThisBlogThis!Share to TwitterShare to FacebookShare to Pinterest
Labels: A Quirky book about Chorlton, One to do