This is the third in the new series of Pictures from Owen Street by Andy Robertson. 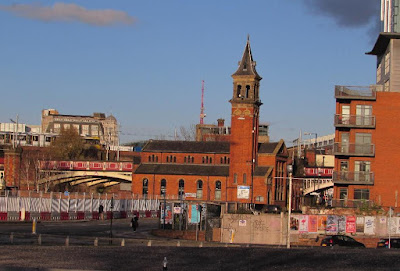 The twin blocks are already rising to challenge the Beetham Tower and like that earlier development they have come to dominate the skyline.

What is interesting is that the press and social media have gone quiet about their size and impact on the city.

All of which has left Andy to do the business.

But today he chose to ignore them, and instead concentrated on a landscape which is more to my liking, offering a scene which is better in keeping with our history and on a human scale.

That said it is worth just pausing and see the alternative.