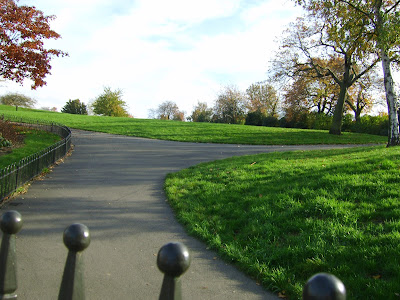 A short series of places I grew up with.

Some have already appeared and others will be familiar because as iconic buildings they are well known.

Now we seldom played up here.  The views down to where we lived and across London were spectacular and it did have the drinking fountain, but it didn't have the expanse and mysterious bits of its neighbour down the hill.

Picture; top park, 2007 from the collection of Colin Fitzpatrick
Posted by Andrew Simpson at 02:00

Email ThisBlogThis!Share to TwitterShare to FacebookShare to Pinterest
Labels: Peckham, Peckham in the 1960s