Now there doesn’t seem to have been much in the way of comment in the press or on social media about Owen Street in recent months. 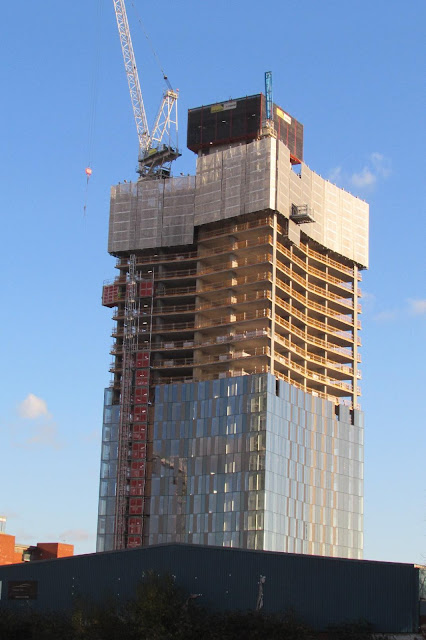 I suspect that is because at present the building just goes on, and for many one new floor on top of yesterday's is not note worthy.

Not so for Andy who continues his quest to record the story of the Owen Street development, which began long before the builders broke the ground and will continue till Miss Higgins and that nice chap from round the corner move in.

So over the next few days the blog will feature Pictures from Owen Street.