Of gas masks and foot tunnels ........ a story from Roger Callow

I recall finding a boxed gas mask in our shed at Greenvale Road in the mid fifties when I was about 6 years old and taking it indoors to ask my mum about it but when my father saw me with it he went ballistic and snatched it away from me and put it in the dustbin. 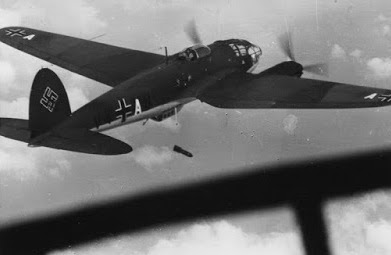 Nothing more was said about it and I can only think that it had brought back some bad memories for him which leads on to the next story which I learnt from him when he was in his nineties.

Father worked at the Royal Arsenal throughout the war as one of the engineers who bored out the large naval guns and volunteered to became an Auxiliary Fireman (AFS) and fire watcher at the Arsenal.

Some of the tales he had to tell were quite horrific i.e. digging out workmates from bomb shelters that had suffered direct hits during the many bombing raids aimed at the works. I can only assume that the sight of the gas mask 2 brought back those bad times and accounted for his behaviour.

As he lived at East Ham for much of the war, his route to the Arsenal often took him through the foot tunnel when the ferry wasn't operating which was mostly after dark and his biggest gripe was how his way home through the tunnel was often impeded by the many people who took shelter there during bombing raids. 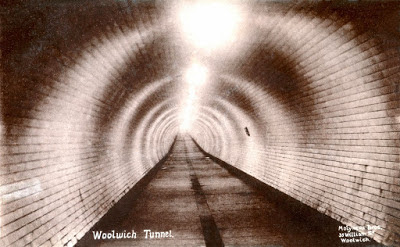 I can understand his frustration at this when you consider he would have to spend long hours on the roof of his workshop watching as the bombing raid moved slowly up the river targeting the many buildings and facilities that made up the Royal Arsenal which stretched for many miles downriver and his job would involve spotting what type of bombs were dropping i.e. incendiary or high explosive or a mix of both.

This often meant he would remain on the roof dealing with incendiary bombs that fell on on it but not knowing if a high explosive device may come down among them.

I can understand his frustration with the families in the tunnel when he would be looking forward to getting home after spending a night wondering if it may be his last night which it was for many AFS colleagues. His night did in fact come up when he was blown from his roof by a high explosive bomb and the ensuing injuries saw him off work for a little over 6 months and the fact that he was only paid for two weeks of that period, didn't help matters.

He often said that he and his fellow fire watchers most probably endured more high explosives being aimed at them than the soldiers on the front line.

Pictures; Heinkel He 111 over Poland, September 1939 from the German Federal Archive featured in  Heinkel He 111 Wickipedia https://en.wikipedia.org/wiki/Heinkel_He_111 , Woolwich Foot Tunnel circa 1916, courtesy of Kristina Bedford from  Woolwich Through Time, Kristina Bedford, 2014, Amberley Publishing
Posted by Andrew Simpson at 03:00