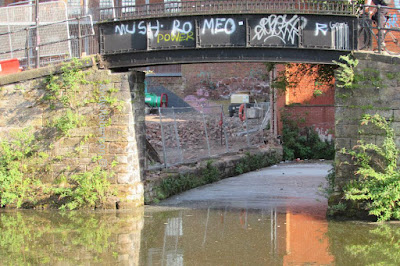 It has been three years since Andy took an interest in the building on Hulme Hall Road, which backed on to the canal.

After a fire which badly damaged the property Andy Robertson began a meticulous project in recording its demolition and the clearing of the ground.

Each twist and turn has been recorded on the blog, and yesterday he was back.* 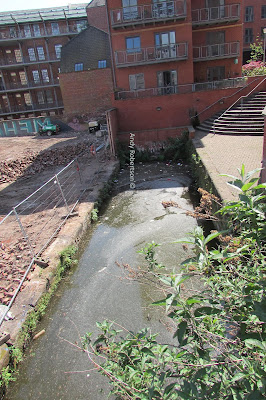 Apparently the last bit of the old wall has gone, and Andy will return when the builders break ground for the new development.

But an unexpected bonus from the demolition is a good set of pictures of the canal arm which ran off from the Duke’s Canal and allowed boats to be unloaded.

Picture; Hulme Hall Road, 2018 from the collection of Andy Robertson