Now, I maintain, and I maintain most strongly that there are no age limitations on adventures. 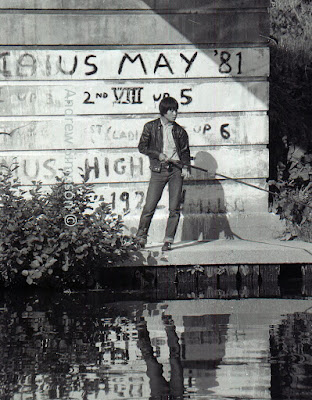 That said, I do concede that during the years you have to go out to work, raise a family and just be grown up, adventures become more modest.

But even so, you can cram them in, like my first trip to Greece as an adult.  We hadn’t made it easy and had opted to fly from Stanstead via Cambridge, which involved the long drive from Manchester.

But it did allow us time to explore Cambridge and visit Lois’s Uncle Sid and Aunt Audrey.  As I recall we ate cucumber sandwiches, followed by fruit salad and Aunt Audrey’s special cake.

The rest is a haze.  I don’t remember visiting any historic buildings or catching sight of a Cambridge Don, although we must have fallen into several pubs.

And I long ago just assumed it was a lost bit of the Greek holiday, but then I rediscovered a pile of negatives dating back to my flirtation with smelly photography, which required chemicals, and a dark room and in my case a dollop of luck.

For years they had sat in the cellar along with the rest of the collection, never to see the light of day, But Christmas brought a scanner, and with that the means to turn them into JPEGs. 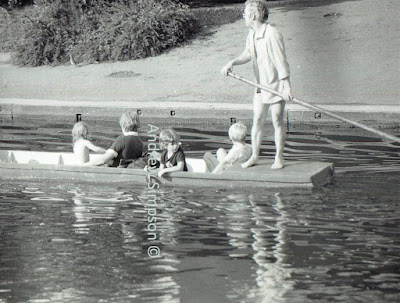 What has been revealed is a mishmash, of images.  Some are too dark, others too light and a few out of focus, which is where the dollop of luck enters the story.

These were my first attempts at taking pictures with a proper camera and it has to be said my timing for developing and printing pictures could be hit and miss.

But the Cambridge ones worked.

And here is the clue to where we ended up, because most of what has survived are pictures of the river.

I vaguely remember it was hot and the pictures confirm it, with one father striking the pose as he punted the family down the Cam wearing just Speedos and an unbuttoned shirt. 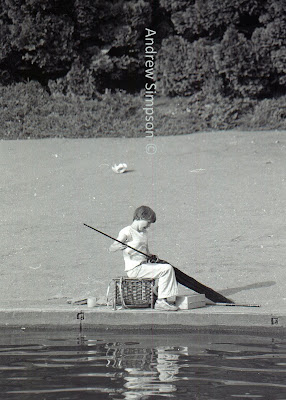 More circumspect was the man beside the bridge who was content to wear a bomber jacket and jeans as he fished the water.

But dress can be a double edged way of making a statement, and I was laughed at for the whole of the week because of my “Speedy Ducks” which were a pair of soft leather casual shoes in tan.

I rather thought they would set me apart on the beach in Greece, not realizing that plastic flip flops were required wear under a Greek sun.

I remained the butt of jokes well into the winter of that year, which made me all the more determined to continue to wear them, until on one foul night the following spring, the bottom of one parted from its top.

We had long since drunk all the bottles of Retsina and Domestica, lost the addresses of the bar companions we promised to say in touch with, and those shoes were pretty much all I had left. 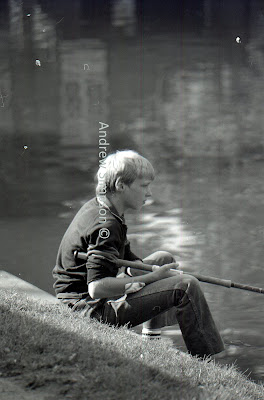 But along with the Cambridge pictures there are the Greek ones, which set me off on a Greek story.*

Pictures; Cambridge, 1981, from the collection of Andrew Simpson


*Adventures in Greece ........ a ferry and a trip into the unknown, https://chorltonhistory.blogspot.co.uk/2018/05/adventures-in-greece-ferry-and-trip.html

Email ThisBlogThis!Share to TwitterShare to FacebookShare to Pinterest
Labels: Cambridge